The Formula E drivers who have tested their teams' respective Gen3 machinery have remarked upon the different characteristics of the car, as the all-new Hankook tyres have received mixed reviews.

Recalling his first try in the car, Wehrlein explained that there were differences in the overall feeling of the Gen3 package with regards to the revised braking system over the time-tested Gen2 car - which will be put out to pasture at the end of the season.

The Gen3 car notably features no rear brakes, with that all handled by the regenerative capacity of the rear motor - which produces an increased 350kW of power.

PLUS: Will lighter, greener, faster Gen3 deliver on Formula E's many promises?

"It was interesting - I mean, great to get a bit of time in the car," said Wehrlein.

"But yeah, it was good to get some mileage, first impressions on how the car behaves, how the tyres are behaving, check all the systems and so on. And yeah, to get a first idea.

"The main goal is to make the drivability as good as possible. For sure the braking feels different. But I guess there's still let's say a lot of work in performance running to do.

"It was just the first test, and we have a lot of tests until Mexico next year."

Rowland explained that Mahindra endured a few troubles in its maiden runs, prior to Nick Heidfeld's appearance in the Mahindra Gen3 car at the Goodwood Festival of Speed.

Heidfeld's run at Goodwood was plagued by having no regen available, with Rowland stating that "the one that Goodwood put up basically had only front brakes". 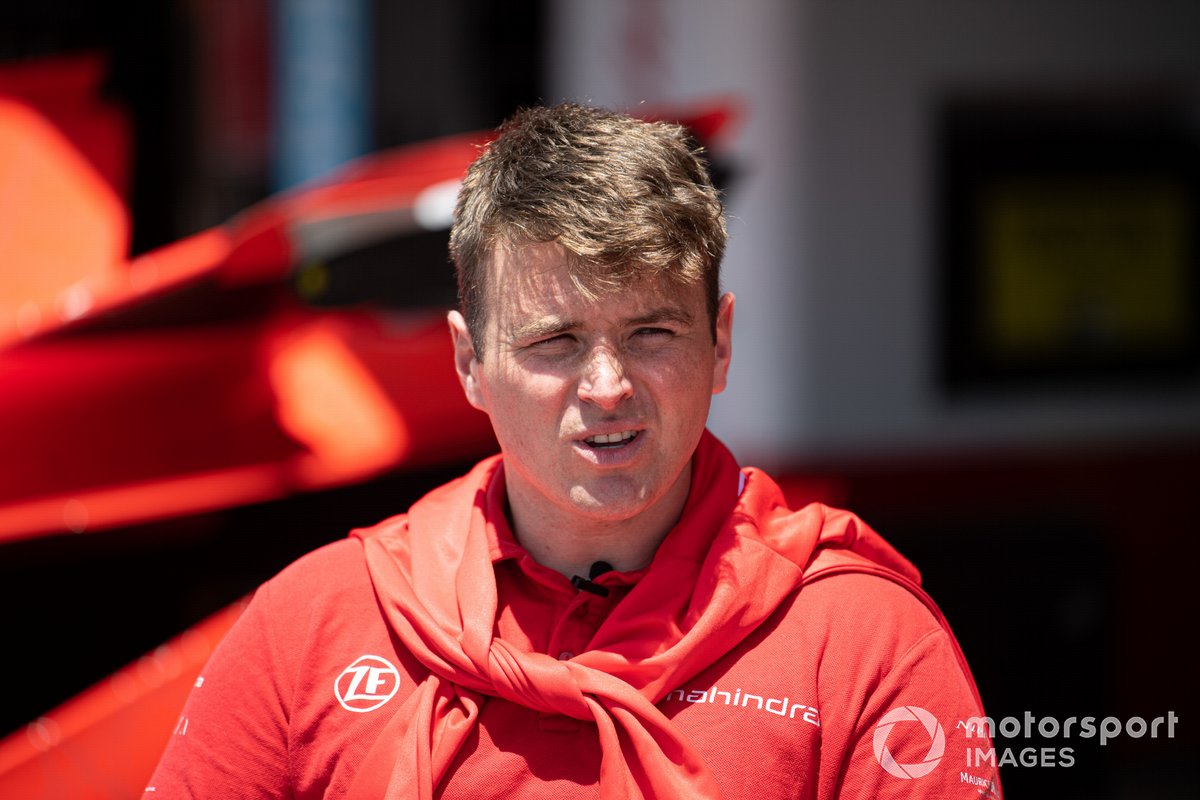 "We were a little bit behind," Rowland added.

"We missed the shakedown day, but we managed to get everything solved for the second day on our side regarding reliability running in, but we were a little bit behind, and we didn't manage to get to full power.

"I think the braking performance in a straight line is going to be really good. There's a lot of stopping power in the car with the regen on the front and the rear axles.

"But the front powertrain is obviously going to change some stuff leading off into the corners. We had a lot of issues with front locking and stuff.

"I think [Heidfeld's Goodwood runs] got quicker and quicker. But the tyres are extremely hard.

"And when you're doing it for a 50-second sprint, they're rock tyres. It's a challenge. Whether they'll change that to bring them a bit softer, we'll have to see."

Wehrlein suggested that the new tyres needed to be harder overall to contend with the increased power of the Gen3 car, and added their characteristics would be dependent on the circuits used next year.

"I guess it also depends on the track but, yeah, they need to be harder than what we have now, because we have more power," he said.

"And I guess they want to keep a similar strategy with only one set or two sets of tyres per race."

Oliver Turvey, who carried out NIO 333's maiden run with the Gen3 car, said that the new car offers "a good step up" and was particularly impressed by the acceleration of the incoming machinery.

"It was great to get the chance to be the first person in the Gen3 NIO 333 car, and we had a pretty successful test," he said.

"The team has been pushing extremely hard on Gen3, and there's been a huge amount of effort by the whole team. So it was a good step up in power definitely, and acceleration feels really good."