Mercedes announced in July last year it would end its long-term involvement in the DTM at the end of the 2018 season, ahead of its entry as a full Formula E works outfit for 2019/20.

HWA will join the FE grid a year in advance, as a powertrain customer of the Monaco-based Venturi squad, which gives Mercedes a full season of feedback ahead of running its own Gen2 car in season five.

Paffett, who previously stated he had "made it clear" to Mercedes he was interested in joining FE, said he had been involved in talks with the manufacturer about joining the electric series.

"Mercedes leaving the DTM was a shock to all of us and is obviously going to have a big impact on a lot of people," Paffett, who drove for Venturi in the season four rookie test at Marrakech, told Autosport. 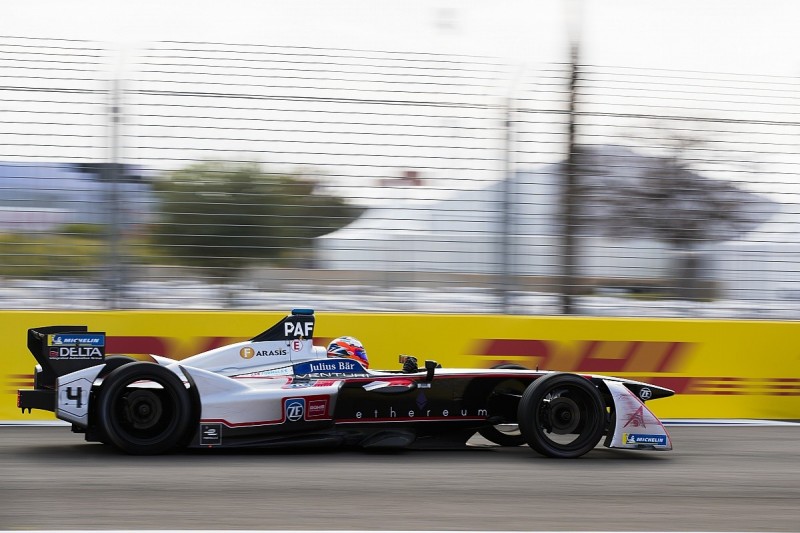 "I'm now in my 15th year [in the DTM], quite comfortable just thinking 'We'll do the same next year'.

"It is a shame [Mercedes is withdrawing], but it's pushed us into looking at other ventures and other things.

"I am obviously talking to Mercedes and HWA about the possibility of doing Formula E, and if I did that it would be really exciting to go and do something different.

"Nothing's concrete yet, but although it's disappointing Mercedes is leaving the series, it's exciting in the fact that I'll be doing something else."

Former McLaren Formula 1 test driver Paffett currently leads the 2018 DTM drivers' standings with 148 points, and has claimed three wins and three other podiums from the first 10 races of the season.

Mercedes, which is seeking a 10th current-era DTM manufacturers' title and a first since 2010, is also leading that championship - by 189 points over BMW, with Audi 193 further back in third.