Formula E has unveiled the track layout for its inaugural race in Rome, which will host one of the longest laps in the series' history

The 21-turn circuit will be the second-longest of the season at 1.77 miles, shorter only than Marrakech.

The Beijing and Battersea Park tracks were both longer, but have not been used since the 2015/16 season.

As revealed by Autosport earlier this year, the track is based in the Esposizione Universale Roma (EUR) district. 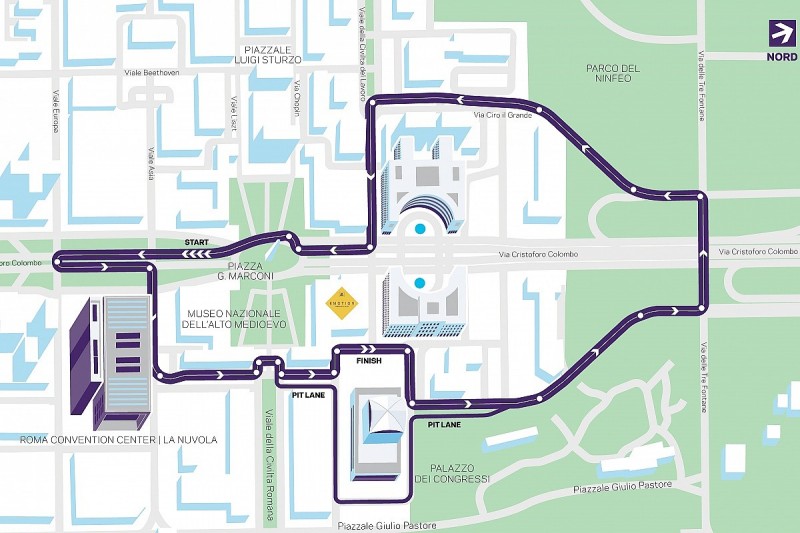 It begins on the Via Cristoforo Colombo - the longest district road in Italy - and its backdrops include the Obelisco di Marconi, a marble-concrete structure built as part of the city's hosting of the 1960 Olympic Games.

The EUR district, now a significant residential and business hub, was chosen by Italian dictator Benito Mussolini to celebrate fascism in the 1940s.

Although the idea of the 'world fair' was never realised, it did trigger the design and construction of the Colosseo Quadrato, a building symbolic of fascist architecture, which will be a backdrop to the FE circuit.