The "futuristic" front-end has been tested on track in recent weeks by a number of teams, with Mahindra sharing photos of the design on Twitter.

As revealed by Autosport in March, the electric single-seater series will feature a new nose shape and front wing design for its third campaign.

The new kit is being introduced for aesthetic reasons, not aerodynamic gain.

FE CEO Alejandro Agag said: "Formula E aims to be different, and this new front wing creates a look that's different to every other car out there.

"I think this is a great addition to our car and further emphasises the fact that this is a modern, forward-thinking championship that is taking a completely different approach to all other racing series."

FE champion Sebastien Buemi said he liked the new wing, the top tier of which can be seen from inside the cockpit.

"It looks a little bit more futuristic, and from inside the car you can see the top part of the wing, so visually for the driver there is also a small change," he said.

"We want Formula E to look different and be different, and the new wing is a good way of showing that."

Other changes for the 2016/17 campaign include upgraded, lighter Michelin tyres and a new steering wheel, although a mooted upgrade to a button-based brake-bias adjustment system has not come to fruition.

The appearance of the cars will take a more dramatic shift when a new chassis comes in for season five, but the FE and the FIA have yet to announce who has won the tender for the single-chassis supply. 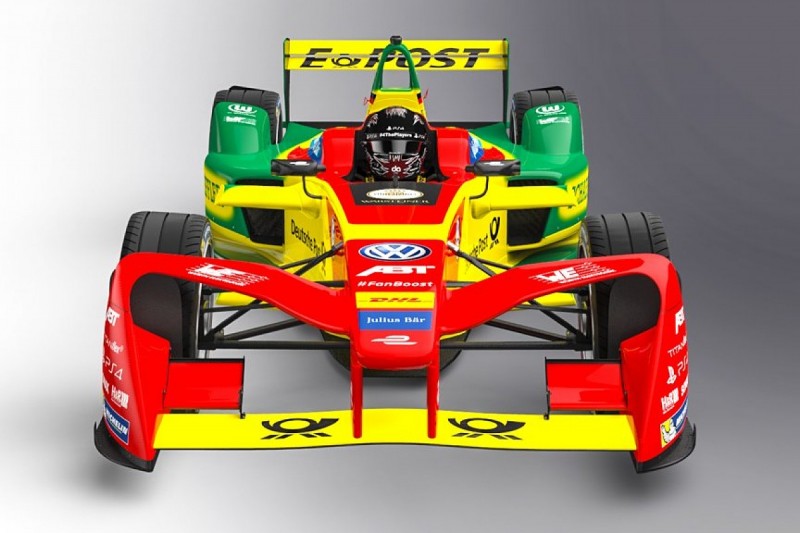