Michelin will continue to be Formula E's sole tyre supplier until at least the end of the 2020/21 season, after extending its deal by two years

The French tyre manufacturer has been FE's supplier since the inaugural season, and its most recent deal was due to expire at the end of the 2018/19 campaign.

Its extension was announced on Friday ahead of this weekend's 2017/18 season opener in Hong Kong.

"Michelin was our first founding partner - it was fantastic for us, it was a very risky move for them," said FE CEO Alejandro Agag.

"It was really a pioneer in that sense, and since then they have been an incredibly loyal partner."

Michelin's FE tyre is designed to be use in both wet and dry conditions, although the series has not experienced a rain-hit race in its three seasons. 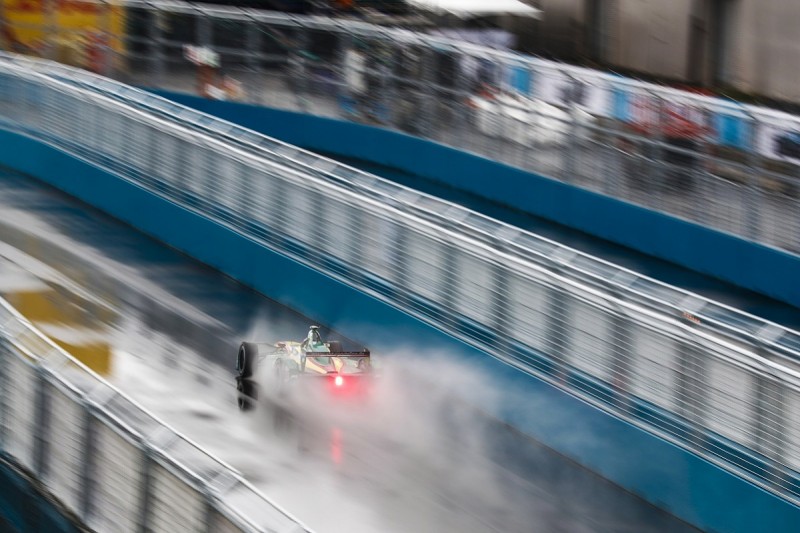 It introduced a 'version two' of its tyre for the 2016/17 FE season, which was more than 1kg lighter - saving almost 5kg on a car that has a high base weight - and aided efficiency because it boasted improved rolling resistance.

Pascal Couasnon, Michelin motorsport director, claimed that added up to "one more lap" of running over a race.

He also said Michelin would bring further improvements for 2018/19, when the series will ditch mid-race car swaps and the tyres will need to complete a full distance.

"For us it makes sense because we did almost the most difficult thing, supporting a series that was brand new at a time not many people were believing in it," Couasnon told Autosport.

"We thought it would make sense to bear the fruits of the cooperation.

"We've learned quite a lot, we have plenty of ideas we want to test and two more years won't be too much to continue to show what we can do."

Formula E 2017/18 season predictor: What to watch for in Hong Kong