Audi Sport Abt completed more mileage than any other team in official pre-season testing at Valencia, where its reliability and pace laid down an ominous marker.

But di Grassi was 17th and 14th in Hong Kong thanks to reliability problems, then retired from fourth in Marrakech after suffering a loss of power.

That came after a powertrain fault ruined his superpole lap in qualifying and led to Audi having to change the inverter for the race, using its one allowed penalty-free change of that component for the season in the process.

Di Grassi confirmed the in-race problem occurred on his other car, which means both his e-tron FE04s suffered faults in Marrakech.

"I started having some cuts on power the lap before, and then at one point the car just stopped," he told Autosport.

"We've done more miles in testing than everybody else, without any problems.

"So, it's very weird that suddenly three out of three races we have reliability problems.

"We have to work hard to make sure this doesn't happen anymore." 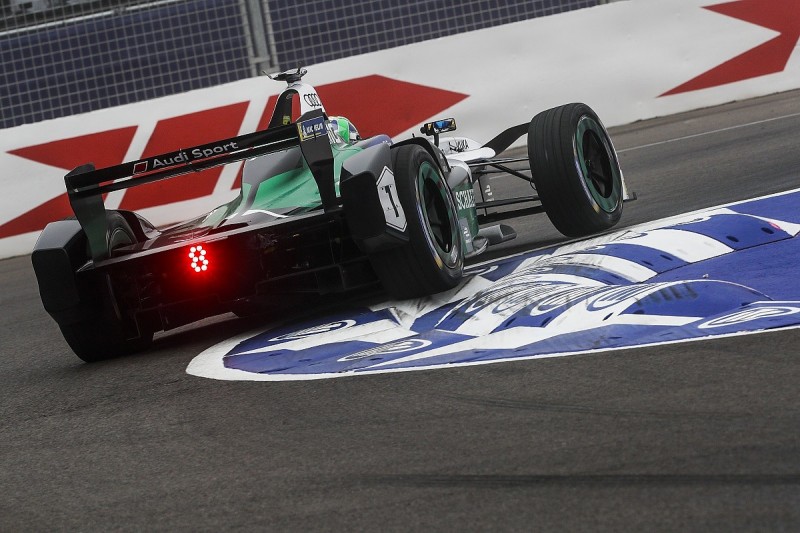 The defending FE champion built his title-winning 2016/17 campaign on a foundation of consistent point-scoring against arch-rival Sebastien Buemi.

However, di Grassi is now 54 points behind championship leader Felix Rosenqvist, who earned his second win in three races in Marrakech.

"To be honest it will be extremely difficult and a really, really big challenge to be able to fight back for the championship win.

Rosenqvist said it was still "too early" to think di Grassi was out of contention.

"As you saw last year he seems to be able to perform miracles when it's needed so I wouldn't rule anyone out," he said.

"It just takes us to score a double zero in a weekend and him to win two races and he's back in the game."