DS Techeetah driver Vergne will share the front row with Jaguar's Mitch Evans, with di Grassi joined towards the rear of the field by another championship contender, Antonio Felix da Costa.

Evans had topped the group running, but Vergne's 1m18.813s lap in superpole was unbeatable.

The reigning champion set a blistering time in sector one and held on through the rest of the tour to take his second pole of the season and the three points that go with it.

Evans clipped the inside wall on the uphill run through the long left of Turn 6 during his superpole effort and wound up 0.307s behind Vergne.

But Evans did enough in sector three - setting the best final segment of superpole - to deprive home driver Sebastien Buemi of a front row slot.

Buemi recovered from a lockup at the tight downhill Turn 1 opposite the pitlane to post a 1m19.164s in third. 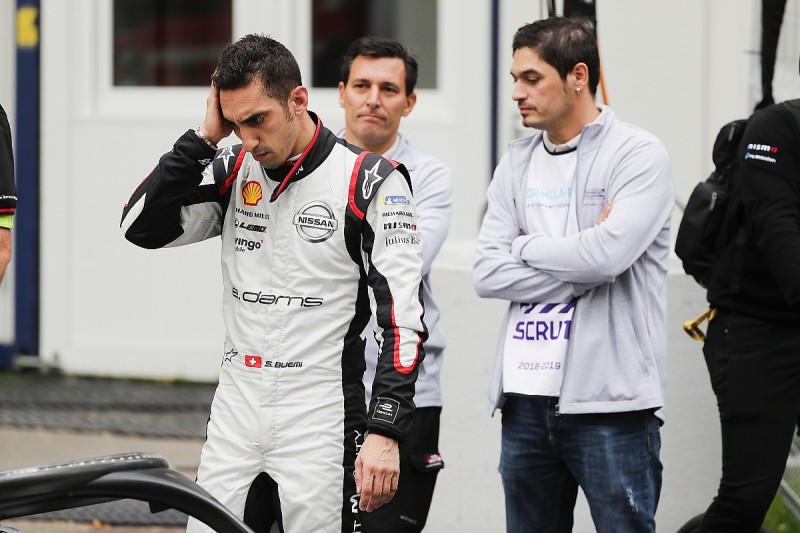 Mahindra Racing's Pascal Wehrlein had topped the practice running, but a couple of mistakes in the middle sector cost him time.

Wehrlein will start fourth ahead of Maximilian Gunther, who equalled his best FE grid position with fifth, which he also secured in Rome and Paris for Dragon Racing.

Sam Bird took sixth after losing time in the middle sector on his superpole flying lap for Envision Virgin Racing.

Daniel Abt missed out on a superpole place after Gunther made it through to the second phase with the best lap in group four, which left Audi's Abt seventh on the grid.

Andre Lotterer and Robin Frijns ended up as the second and third fastest group one runners but they were shuffled out of superpole contention as the first segment of qualifying went on and they will start eighth and ninth.

Alex Sims headed Edoardo Mortara in 17th and 18th, ahead of the slowest group one runners di Grassi (below) and da Costa. 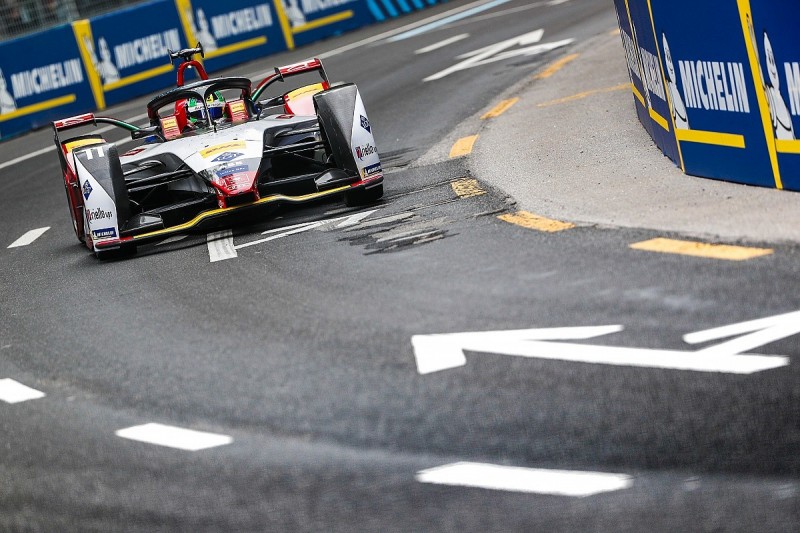 That pair were the first drivers to set their 250kW laps in group one, with di Grassi running first on the road and opting for an extra warm-up lap, while da Costa went for the single preparation lap approach and ended up following the Audi driver at the head of the queue.

They were both only 0.2s slower than Vergne in sector one but they lost more time as their laps went on - with di Grassi locking up at the tight left-hand Turn 9 that follows the attack mode activation zone.

They will start 19th and 20th, only ahead of the NIO drivers Tom Dillmann and Oliver Turvey.