Jaguar has run its Formula E car on track for the first time, Autosport can reveal

The British manufacturer is returning to motorsport with a factory programme in the all-electric single-seater championship.

Details of Jaguar's season-three powertrain remain confidential but the car ran on track for the first time at Mallory Park on Wednesday.

The car completed a meaningful number of laps and appeared in a plain testing livery with #JaguarElectrifies emblazoned on its sidepods, nose and rear wing. 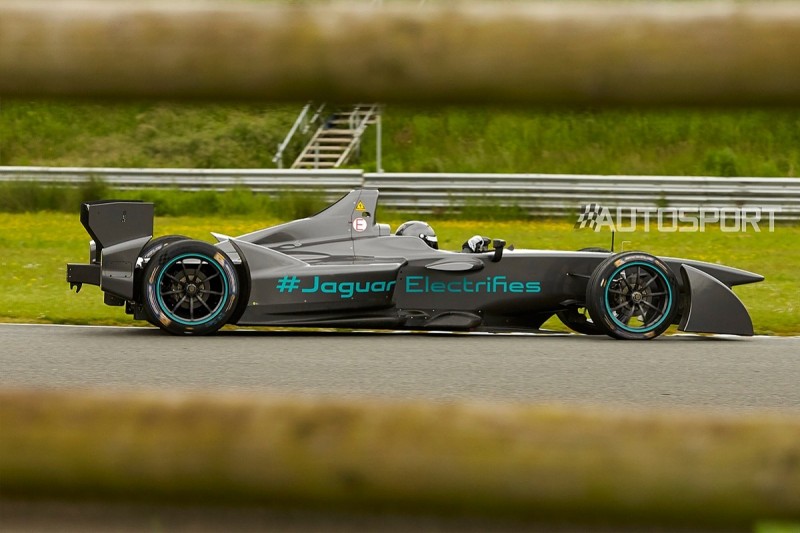 Autosport understands Jaguar plans to reveal the full colour scheme and demonstrate the car at the July 2-3 Battersea Park finale.

Jaguar has not confirmed its line-up for the 2016/17 campaign, though one driver is expected to be British.

DS Virgin Racing's Sam Bird, who has won twice in FE and is currently third in the drivers' standings, Toyota's 2014 World Endurance champion Anthony Davidson and Williams Formula 1 development driver Alex Lynn have been linked to the team. 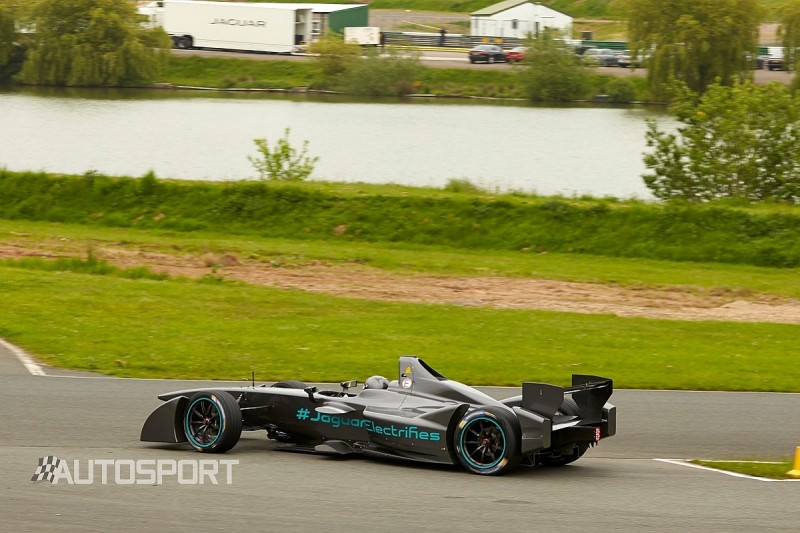