Nissan has signed Sacha Fenestraz and Norman Nato as its Formula E drivers for the 2022-23 season as part of a total overhaul of its driver line-up.

Nato makes his full-time return to Formula E after driving for Venturi in 2020-21, while Fenestraz will take on his first full season following his Formula E debut in the second race of this month’s Seoul season finale as a last-minute stand-in for an injured Antonio Giovinazzi at Dragon Racing.

“I’m very happy to be making my comeback as a full-time driver in Formula E with Nissan," said Nato, who also drove in Seoul as a replacement for an injured Sam Bird at Jaguar.

“The Gen3 era will be a new chapter for the championship, and I'm excited to prepare for testing and drive the car.

“The hard work starts now - I have a lot to learn and areas to develop in with the team to be at my best for the first round of Season 9 in Mexico City.”

Fenestraz has focused on his twin Super Formula and Super GT campaigns in Japan since 2020, but is also well-established in the Formula E paddock, having served as a reserve and development driver for Jaguar for the last two seasons.

The ex-Renault junior driver drove for Jaguar in the 2020 Formula E rookie test in Marrakesh and was the first driver to sample the team’s Gen3 machine in private testing earlier this year.

Fenestraz revealed to Autosport that the Nissan deal had been in the works for some time and finally came together immediately after his first Super Formula win at Sugo in June.

“I went to [the team base in] Le Mans for a simulator day and it went very well,” recalled Fenestraz. 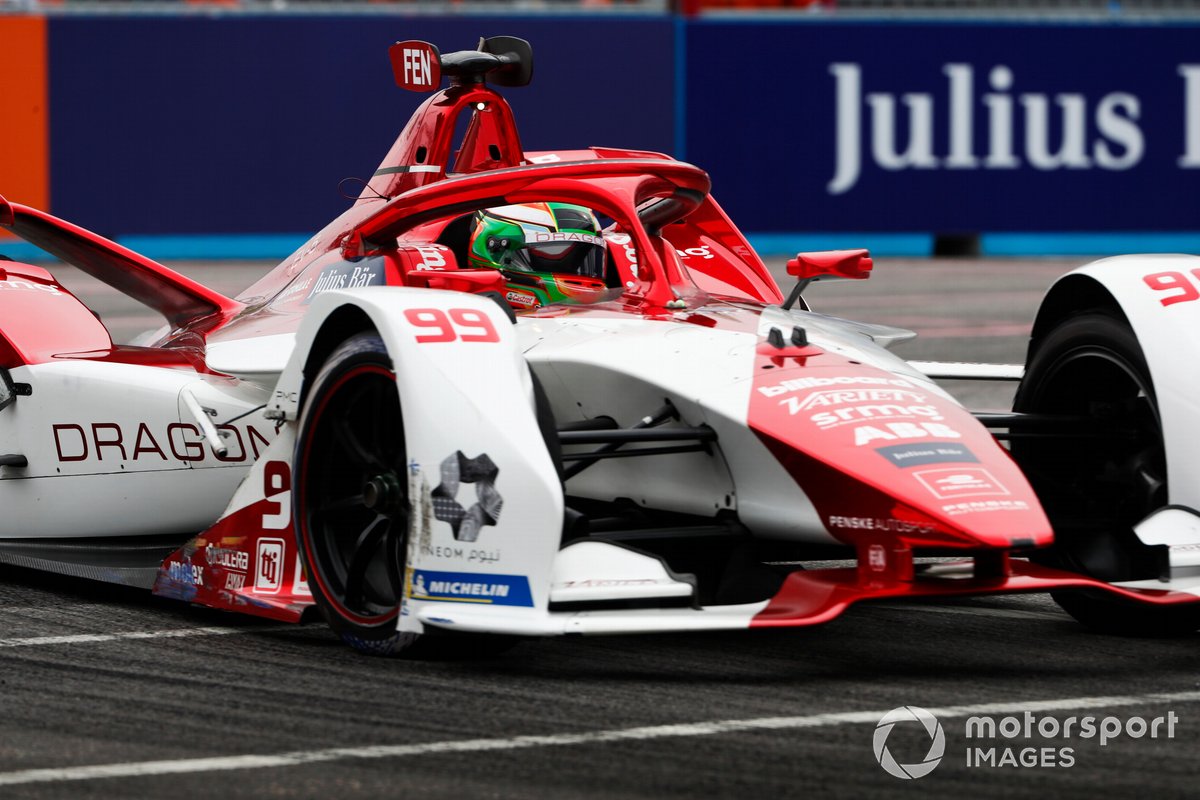 “The next day we went to Paris to meet Tomasso [Volpe, Nissan global motorsport director] and Cyrille [Jourdan, sporting director].

“I knew around the time of the Sugo race they were going to give me an answer, yes or no, and finally they said yes just after my win.

“Literally as I walked to the press conference, my father called me to tell me the news, so I was doubly happy!”

Fenestraz followed his Sugo victory for Kondo Racing with a first Super GT win alongside TOM’S team-mate Ritomo Miyata at Fuji the week before his Seoul Formula E cameo in which he finished 16th, matching Giovinazzi’s best finish of the season.

He sits second in the Super Formula standings behind Tomoki Nojiri with two races to go, while he and Miyata are leading the points in Super GT at the halfway mark.

Fenestraz admits he has few expectations for his first full Formula E campaign, especially after a bruising season for Nissan that yielded a lowly ninth in the teams’ standings, but thinks the introduction of the new Gen3 car is the ideal timing to make his debut.

“[The Seoul call-up] came at the perfect time for me, to have at least experienced at least one race, even if it was at the last moment, I really learned a lot,” he said.

“It’s a very high-level championship, even just by doing one race I realised how hard it is.

“I don’t really know what to expect, and the last few seasons have been tough for Nissan, but they’ve found something that was wrong on the car that was costing them performance since the start of Gen2, and they have changed that [for Gen3].”