ExCeL, which is located between Canary Wharf and London City Airport, has made an approach to run the final round of the inaugural season of the one-make electric-vehicle championship in the summer of 2015.

It has proposed hosting the race on a circuit that would combine external sections with a loop through one of the facility's exhibition halls.

The plan is at an advanced stage and appears to be regarded as a genuine alternative by Formula E, even though series boss Alejandro Agag's strong preference is Battersea.

AUTOSPORT has learnt that a delegation that visited Battersea Park last month, which included FIA head of safety Jacques Berger and MSA technical director John Symes, also visited ExCeL on the same day to give a verdict on the alternative venue's proposed layout.

A spokesman for the MSA stated that the governing body of British motorsport had "assisted the FIA with inspecting a number of potential sites for the UK round of the new Formula E championship, including Battersea Park", without naming ExCeL as one of those alternatives.

ExCeL executive director Jeremy Rees would only confirm the facility's interest in hosting Formula E without going into detail.

"We have been carefully tracking the progress of this exciting project since public launch and believe that London will be a fabulous host city for the final race of the 2014/15 series, and we would obviously welcome the opportunity to host it," he explained.

A spokesman for Formula E, which kicks off this weekend in Beijing, would not comment on the ExCeL plans.

"There is a plan B because a London race is important to us given that the UK is such a stronghold for motorsport, but it is not something that we can divulge," he said. 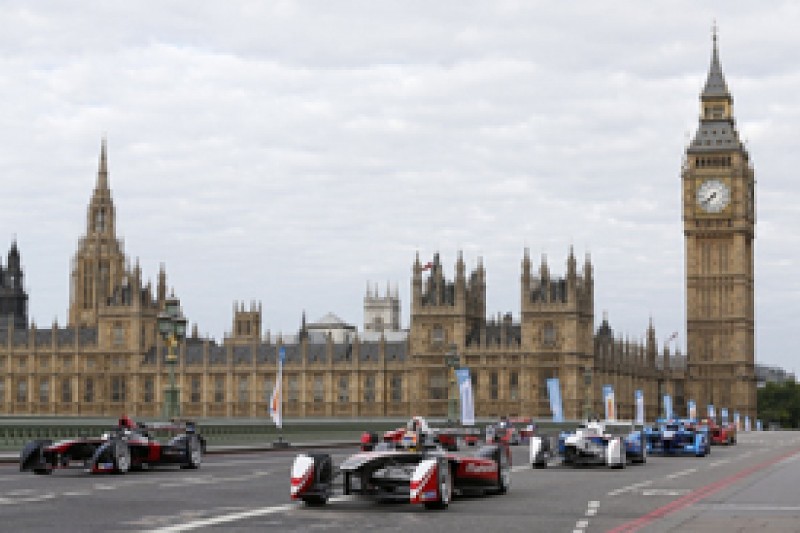 It has emerged that a Formula E Spark-Renault SRT_01E one-make racer has run on the proposed layout at Battersea, with a 5am test run taking place sometime in August.

But plans for the Battersea race, scheduled for June 27 2015, have not moved on substantially since Formula E announced in June that the park in the Borough of Wandsworth was its "chosen location" for the London round.

A spokesman for Wandsworth explained the local council was still in informal discussions with interested parties, including local residents groups.

"Formula E clearly wants to come to Battersea Park and we still have to see if that is possible: our decision will largely be based on the responses from interested parties," he said.

The spokesman revealed that a final decision from the council's relevant committee was unlikely before the end of September.

Only then could the application for planning permission begin, a process that would take between two and three months. 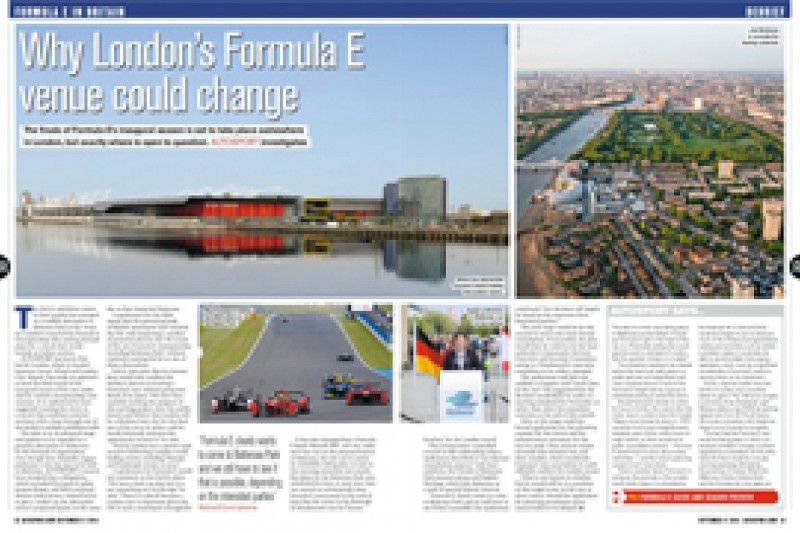 That means that the Battersea fixture is unlikely to be set in stone until January or February.

This week's AUTOSPORT magazine - available in shops and online now - includes more details of the ExCeL Formula E proposal, including our verdict on the battle between it and Battersea Park

On Saturday, follow the inaugurual Formula E race in Beijing as it happens with AUTOSPORT Race Centre Live from 9am UK time on Saturday morning