Former Manchester United and Los Angeles Rams executive Jamie Reigle has been appointed as the new CEO of ABB FIA Formula E, with Alejandro Agag completing his move to chairman

Reigle is FE's second CEO after series founder Agag announced ahead of the 2018/19 season that he would move into the position of chairman - although he has remained as CEO since last December while FE conducted a wide search for his replacement.

Reigle worked for Manchester United for a decade as a senior executive, before joining the LA Rams NFL team as executive vice president of business operations in 2017.

The Canadian's roles at Manchester United included serving as a member of the Premier League team's board of directors, overseeing commercial activity in worldwide markets, launching the club's Asia Pacific operations, and leading the company's initial public offering on the New York Stock Exchange, according to an FE statement.

Reigle and Agag are set to work together as FE moves forwards, with the latter understood to be focused on maintaining the championship's existing relationships and agreements with stakeholders including the FIA, sponsors, teams, manufacturers and host cities.

"I'm delighted and honoured to be charged with leading Formula E through its next phase of development," said Reigle.

"I've followed the championship from inception and admired the global sports platform Alejandro and his team have created in short order.

"I'm eager to plug in and work with Alejandro to continue to develop Formula E as the most exciting series in motorsport and a platform for the potential of the future of electric vehicles and sustainable mobility." 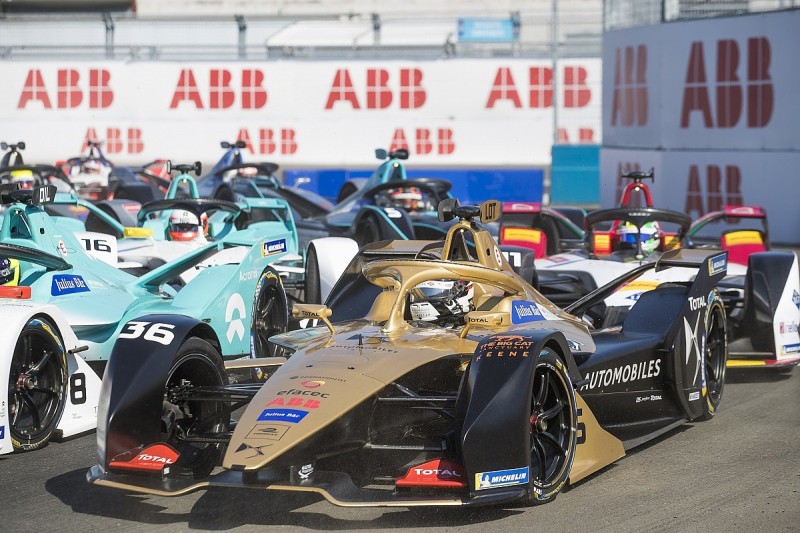 As well as his new role at FE in 2019, Agag has launched the Extreme E electric off-road SUV racing series, which is set to hold its first season in '21 and will be operated by FE.

An FE statement stated that Agag and Reigle will "partner together to ensure a smooth and seamless transition".

"I'd like to take this opportunity to officially welcome Jamie to the Formula E family," said Agag.

"Jamie's wealth of experience working in sports properties across North America, Europe and Asia make him the best person for the job.

"With his addition to our existing executive team, we have an incredibly strong line-up to continue building and developing Formula E through our next growth cycle.

"I'll be making the transition to chairman and will work in tandem with Jamie to ensure that our vision and plans for the ABB FIA Formula E Championship are fulfilled."

Our first impressions of Formula E