The Japanese driver has been drafted in by the Andretti team and will partner Antonio Felix da Costa in the double-header.

BMW DTM driver Tom Blomqvist, who tested with Andretti in pre-season, was named on the team's full-season entry list published by the FIA earlier this month.

However, Autosport understands Toyota LMP1 driver Kobayashi has been called up to satisfy team backer MS&AD, a major Japanese insurance company, and the series, which had been pushing for a Japanese driver.

It is understood that this is the final season in the original sponsorship agreement with Andretti, which will run BMW factory team in 2018/19.

Andretti FE CEO Michael Andretti said it would be "exciting" to "partner one of the largest companies in Japan, MS&AD Insurance, with one of the most popular Japanese racing drivers".

"We are very fortunate to have a driver of Kobayashi's calibre in the car to start the season in Hong Kong," he said.

"He has shown what he can do in both Formula 1 and WEC, making Formula E a perfect next step." 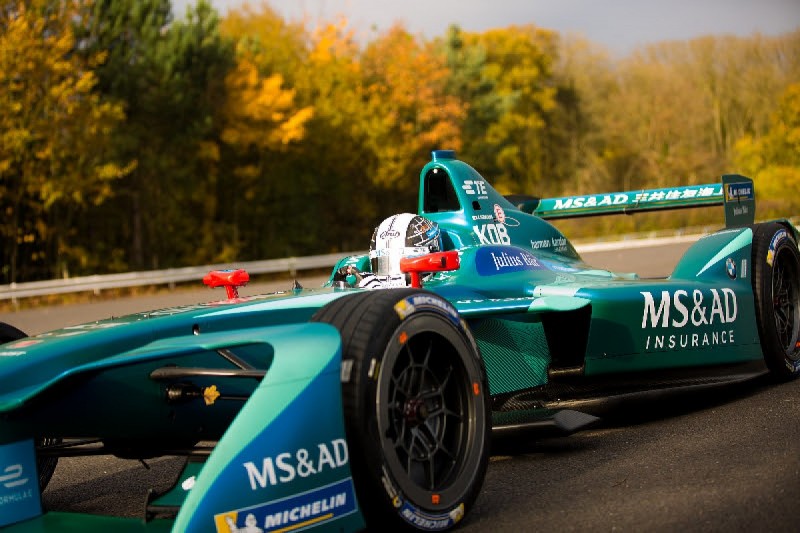 Kobayashi started 76 grands prix across stints with the Sauber and Caterham teams, scoring a best finish of third on home soil in the 2012 Japanese GP.

He has since focused on the WEC with Toyota and Super Formula, winning one race in the WEC and becoming a podium finisher in the Japanese single-seater series.

Kobayashi described his FE debut as a "wonderful opportunity".

"Andretti is one of the world's most popular racing families and I am so excited to have my Formula E debut race under his name," he said.

"I will be going to the race weekend without testing, which is not an easy thing to be honest.

"But the team has been giving me all the support, so no worrying at all, and I am really looking forward to having good races there."

Kobayashi will be the first Japanese driver to race in the category since Sakon Yamamoto's terrible outing in the 2014/15 season finale.

Yamamoto drove for Aguri, which Amlin backed in the inaugural FE season before switching to Andretti.

MS Amlin director of brand and communications Adrian Britten said he hoped the return of a Japanese driver would "encourage a future Formula E race in Japan".

Blomqvist is expected to return for the majority of the 2018 FE races, although may have to be replaced if they clash with any BMW DTM or World Endurance Championship commitments, depending on his programme.

Should that happen Alexander Sims, who had been in the frame to share the Andretti seat with Blomqvist before Kobayashi's Hong Kong outing materialised, would be a likely substitute.