Di Resta will travel to Marrakech after completing official testing for the Daytona 24 Hours, which he will contest at the end of January in a United Autosports LMP2 car.

The Mercedes DTM driver contested the 2017 Hungarian Grand Prix for Williams in place of the ill Felipe Massa and was in contention for the 2018 F1 race seat that looks to have gone to Sergey Sirotkin.

Instead of preparing for a new F1 season he will sample the Jaguar I-type 2 on January 14 in Morocco the day after the second round of the 2017/18 FE season.

Di Resta said it was "great to start a relationship" with the team, adding: "I am really looking forward to my first taste of Formula E and the Jaguar I-type 2.

"It is a perfect opportunity, at the right time of year to have a go.

"It will be an intensive day of testing in Marrakech but I'm sure I can give some positive feedback to the team."

Di Resta will be joined in the Jaguar team by the grandson of double F1 champion Emerson Fittipaldi. 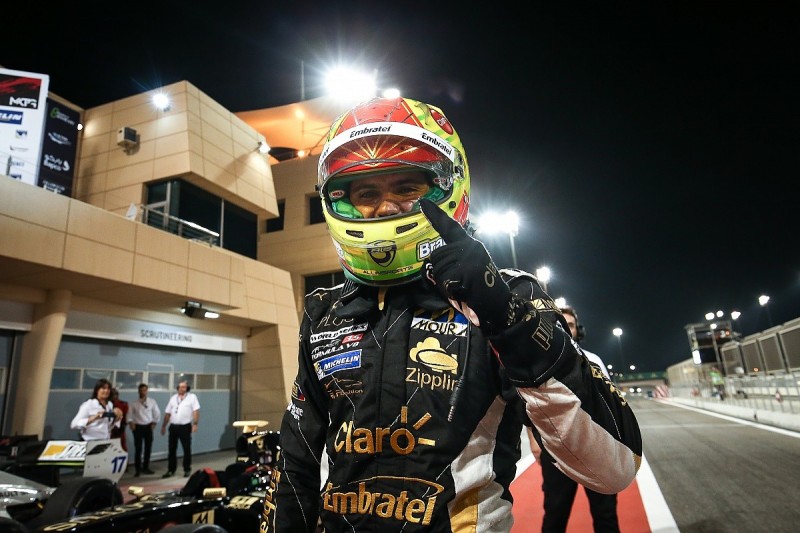 Pietro won the World Endurance Championship-supporting FV8 3.5 series in the final year of the ex-World Series by Renault category.

He has expressed a desire to land a Formula 1 role in 2018 and continue racing in junior single-seaters.

"I have always followed Formula E closely since the first tests with the car at Donington," said Fittipaldi.

"So I am really looking forward to driving the car, and with Jaguar's heritage in racing it is a very special privilege."

The NIO team has announced it will run Mazda IMSA SportsCar Championship and Ford World Endurance Championship driver Harry Tincknell in the test. He drove for the British-based Chinese team in private testing in the summer.

Tincknell will be joined by former Rebellion WEC driver Alexandre Imperatori, who has driven NIO's EP9 electric supercar on trackdays in China.

They join BMW DTM driver Joel Eriksson as the most recent confirmations for the test.