Evans was still in contention to beat eventual champion Stoffel Vandoorne at the final race in Seoul, but needed a win and for Vandoorne not to score owing to the 21-point gap between them.

But the New Zealander could only qualify 13th, as Jaguar was not as profligate in the dry conditions and thus struggled to find the balance relative to his performance on Saturday's wet circuit.

Although Evans climbed up to seventh, he was unable to make any further ground and had to concede defeat, although his ultimate finishing position was moot as Vandoorne finished second in the finale.

Regardless, Evans felt no regrets about his season and said he and the team gave it "a really good crack" in their bid to win the title.

"I gave it everything. In these conditions, since yesterday in the dry before it rained, we weren't our usual pace and we're just a little bit off," he said. "We tried to fix that [on Sunday] but qualifying just didn't really come to us, it just wasn't natural to drive.

"We tried to make progress again, for the race. I made progress in terms of track position and got into the points but I couldn't make more.

"I couldn't get on top of JEV [Jean-Eric Vergne] and the guys ahead, struggling a bit with the rear tyres and just general balance that we've been suffering with, through most of the weekends.

"So that's disappointing. But look, we gave it a good crack, some tracks just suit your car and sometimes it doesn't. This car can be really, really, really fast. But there's a few tracks that we just can't get on top of. We haven't been able to this year.

"But the team's got no regrets, neither do I. We gave it a really good crack this year, but just a little bit of inconsistency hurt us a bit." 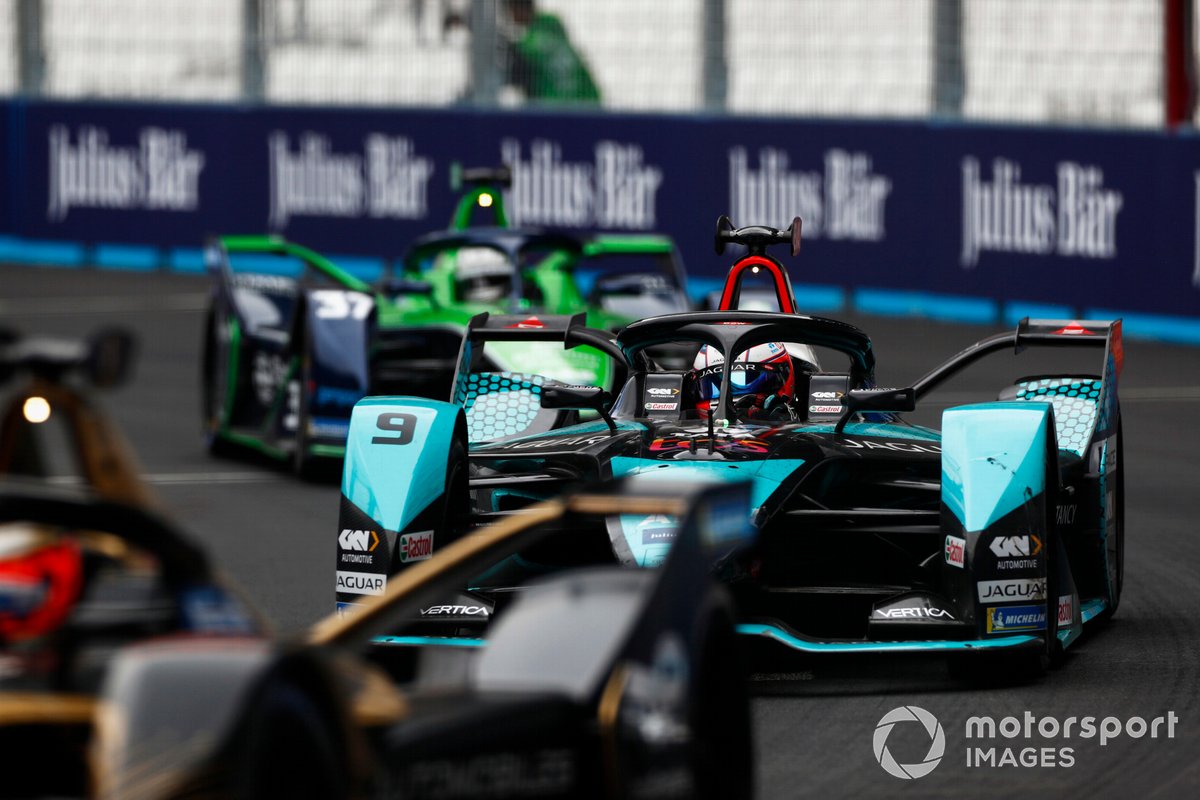 Evans paid tribute to the Jaguar squad for giving him the equipment to challenge for the title and vowed to come back stronger next season for the advent of the Gen3 regulations.

Asked if it had been his best season in terms of his performances, Evans felt that he had been strong in the past, but that the new qualifying system gave him more chance to "make a statement" in the title race.

"Overall, we're one of the strongest teams and drivers all year, we've worked really hard and all credit to everyone in the team and back at the factory for working their backsides off to give me the goods to try and go for the title.

"Right now, it kind of hurts. But I think we all know that we gave it our best shot. And we'll come back next year.

"I think it's kind of hard to say [if it was his best season] because I feel like I've also had really strong years. But I think with the [old] quali format, some of those performances and drives were a little bit under the radar.

"The new quali format gives you a fairer chance to show what you can do more consistently. So I think I've made more of a statement this year.

"I said that before the season, I wanted to come out and show what I can really do. And I think I've done that, for sure I wanted to win, I come here to win, I'm employed to win.

"I'm proud of what I've achieved, I really am, but I'm not yet satisfied. I'm a fighter, I'm competitive, I always have been and yes, second, it's great, but it's not enough for me.

"I'll recoup and regroup with the team, come back hard next year and keep on ironing out those little weaknesses that we've got."