Muller is currently in his second season in FE with Dragon and scored the team’s maiden podium of the Gen2 era in the first of the Valencia races, finishing second to Mercedes driver Nyck de Vries.

However, the Swiss driver is unavailable for the championship’s first visit to Puebla due to the clashing DTM season opener at Monza, where he will be competing for Audi squad Team Rosberg.

Eriksson, who has also been re-signed as Dragon’s reserve driver for the remainder of the season, has been called in as his replacement. 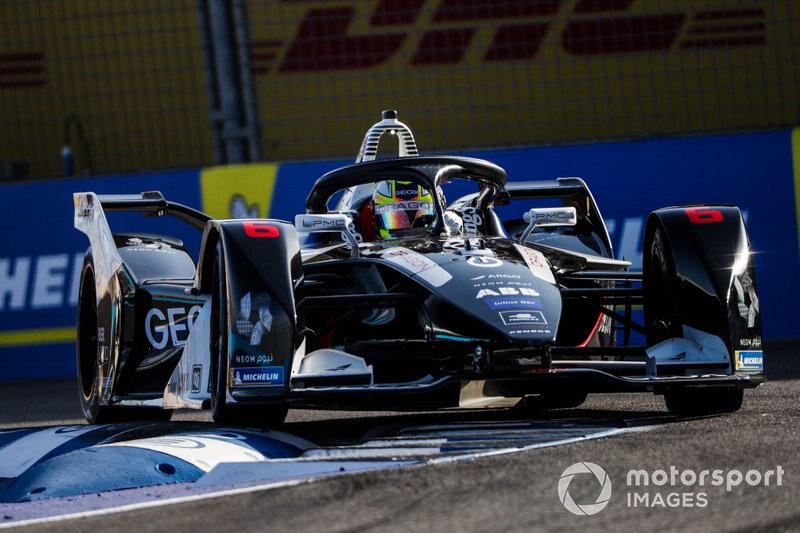 After two seasons of his own in DTM with BMW, he moved to ADAC GT Masters last season, driving for the Schubert Motorsport team.

“To race in Formula E has always been a dream since the championship started and to be given the chance finally feels kind of unreal,” said Eriksson.

"There’s a lot of work in front of us, but I have a great team behind me, so I know they will do all they can to make me as prepared as possible before arriving in Mexico.

“This time, it will be challenging as I only have limited mileage in this car. But, my main goal is to make the best out of it and gain as much experience as possible. I do believe that scoring points in the races is absolutely possible if I execute well. I will give it my all to achieve this goal.”

Despite Muller’s podium at Valencia, Dragon sits only 11th out of 12 teams in the standings, with the team’s only other points finishes coming courtesy of a fourth and fifth places for Sette Camara and Muller respectively in the second Diriyah race.

“I am pleased to welcome Joel back to the Team,” said team boss Jay Penske. “He is a valuable resource for the organisation and has tremendous potential to apply his racecraft to the unique demands of Formula E and deliver results for the team on track in Puebla and behind the scenes throughout the rest of the season. I look forward to our first race together.”