Dragon and Faraday forged a technical partnership ahead of the 2016/17 season on a multi-year deal that included the team being rebranded Faraday Future Dragon Racing.

It reverted to Dragon Racing on the 2017/18 entry list, although Faraday insisted its relationship with the team would continue for the coming campaign and beyond.

However, Autosport understands this has ceased with immediate effect.

Faraday is a Californian company that launched in 2014, and built a reputation as a mysterious but exciting technology start-up.

It was the title sponsor of the 2016 Long Beach ePrix, then announced its partnership with Dragon, which had won races in the first two FE seasons, for 2016/17.

The alliance had a dismal campaign, though, and finished a podium-less eighth in the teams' championship after second- and fourth-placed finishes in previous seasons. 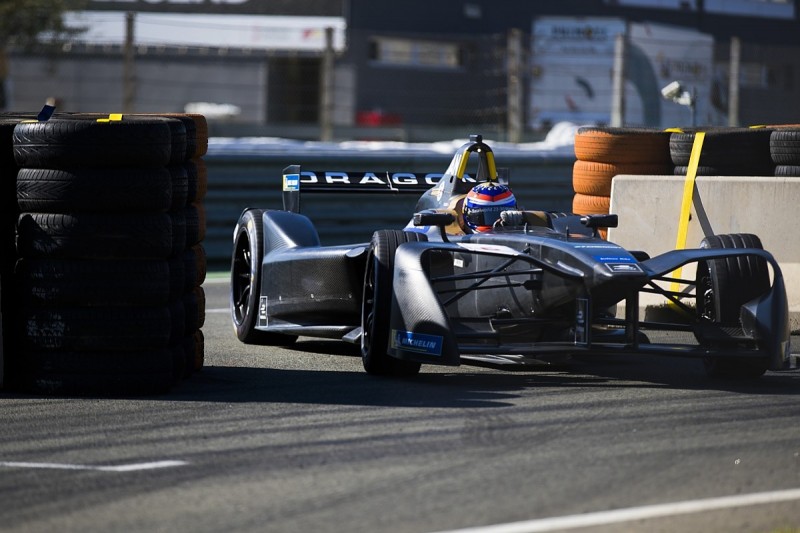 Dragon has drafted in Porsche LMP1 driver Neel Jani (above) in place of Loic Duval for 2017/18, and is now understood to be in talks over a new manufacturer partnership for future seasons.

Faraday has run an FE-liveried version of its FF91 road car at Pikes Peak but that model, its first production vehicle, is not yet available to purchase.

The company has also endured financial insecurity over its Chinese-owned backer LeEco, and lost several key members of staff including its head of motorsport Nate Schroeder and ex-Ferrari Formula 1 chief Marco Mattiacci.

It recently abandoned the delayed construction of a new factory in Nevada.