Lucas di Grassi says he lobbied the FIA to modify the Formula E attack mode system to reduce car power should a driver break track limits during the Valencia E-Prix.

Track limits abuse at the Circuit Ricardo Tormo has come under fire from drivers during the venue's use as the official pre-season test over the past four years.

For the test last winter and now carried over for the double-header event at the weekend, circuit cameras have been used to monitor track limits violations at Turns 1, 2, 6 and 12.

In the test, drivers who committed repeat offenses were suspended from sessions for five minutes.

Audi driver di Grassi has told Autosport that he suggested an alternative system to the FIA to monitor violations to improve consistency from the stewards.

He reckoned that the car sensors used to activate the 25kW attack mode boost, triggered when a driver runs through a series of gates, could be repurposed.

Di Grassi said: “We have to stay within the white line.

“For me, I already said to the FIA, sent them a message and called some guys. I said, ‘Guys, we in Formula E have the unique opportunity. We have the sensor that is used for attack mode.” 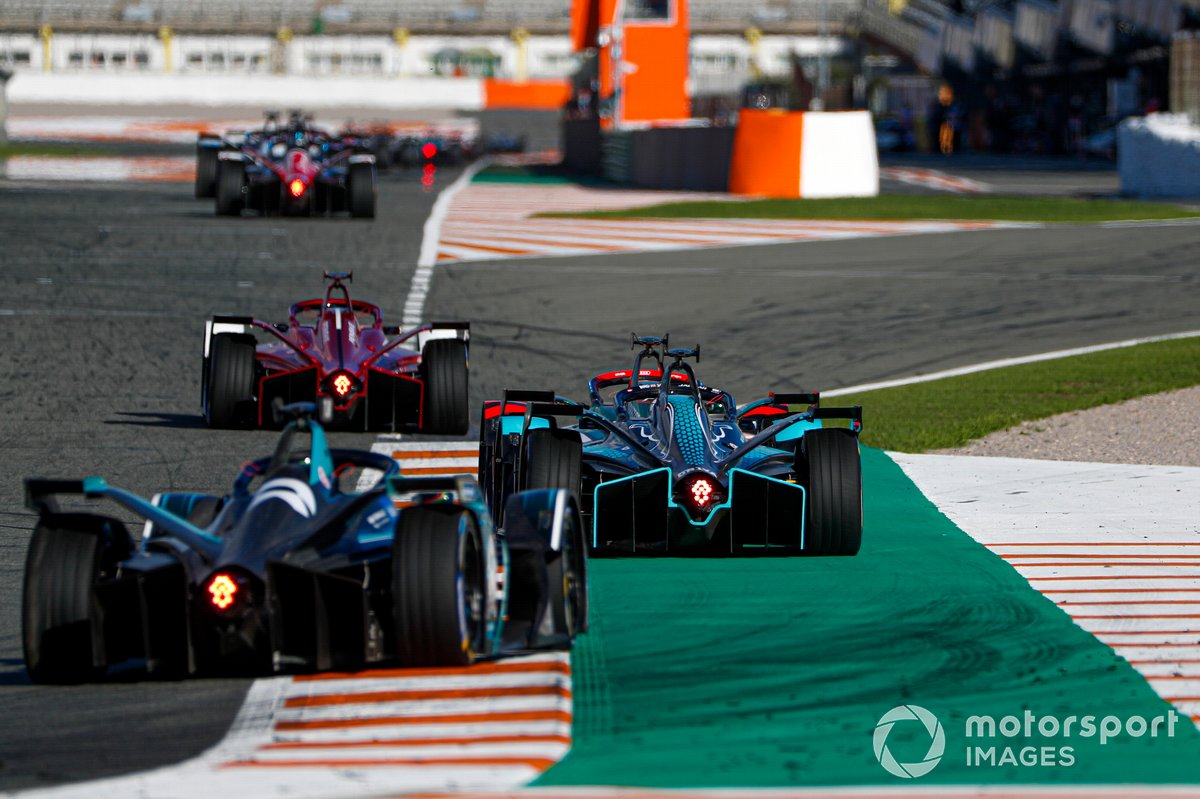 He recommended the same sensors could be used to automatically slow cars down for a set amount of time to avoid potential discrepancies and to avoid drivers having to take “crappy” exit roads when they missed corners.

The 2016-17 champion continued: “You can create a software with the same loops but [place the gates] outside of the track. If you cross it, you reduce power.

“You put that loop in the track limits, as soon as you touch it or go out, you can reduce the power for 10 seconds, 20 seconds.

“So, there is no need for subjectivity or deleting laps or ‘did the guy went or didn't he?’

“[Presently] You have to look in the camera 10 times and make a decision with the stewards 10 minutes later.

“For me, it's so much easier for us to go in a binary way.

“You have the sensors in the car. It’s just a software programme.

“If you cross the chicane here or do the mistake, instead of having to do that crappy little another chicane, just cut the power.

“You don't gain any advantage. It is done.

“We can evolve track limits in a good way.”