Lucas di Grassi explained his London E-Prix race-winning tactics, in which he beat Jake Dennis in a strategic battle to claim his first Formula E victory of the year.

Gaining an attack mode offset by effectively chaining his first and second activations together and catching up to Dennis with one less activation to take, di Grassi was able to ensure that, by the third, he would be in a good position to pick up the lead.

That said, di Grassi felt that the use of the first two modes didn't matter, but instead his energy saving was more crucial to victory.

Di Grassi picked up the lead on lap 29 of 38 when Dennis grabbed his final 250kW power mode activation, and the Venturi driver was then able to build a gap over Dennis to cement his first win since Berlin last year.

"And then the third attack mode I had to use it to overtake him, because I knew on track would have been difficult.

"So we undercut and we had more energy. When he used his attack mode, he could not get close. Then I was pretty sure the race was settled."

Di Grassi took his final attack mode on lap 21, closing down Dennis in the next few laps. The Andretti driver hung it out until lap 28 to take his own dose of extra power, ceding the lead to di Grassi.

Having seen Dennis go longer into the race before taking his last attack mode, di Grassi expected his rival to struggle more with it due to a heavier level of tyre degradation. 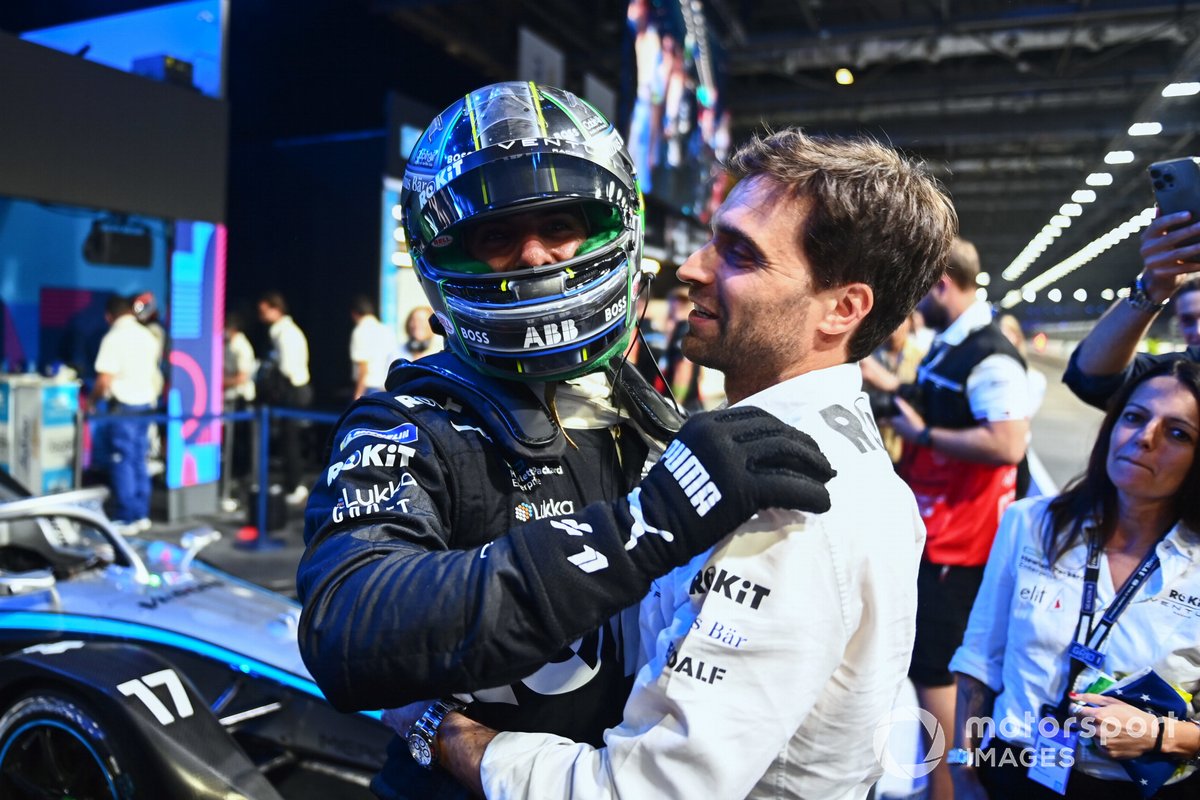 "When he used a third attack mode, I was in front and we had a very similar energy," di Grassi said.

"I suspected he would struggle with the third attack mode because of the tyres. I guess everybody's tyres by then were going down - here the track is slow, the slowest average of the year.

"But it's very energy dense for the tyres because of the grip level. For the rear tyres, it's really, really hard. It's a bit like Berlin in a way how the tyres are degrading."

Having seen off Dennis, di Grassi was wary of a late charge from Nyck de Vries towards the end, as the Dutchman had a slight energy advantage into the closing stages.

But de Vries was struggling with a suspension issue, which ensured he was unable to make a decisive move on Dennis for second - protecting di Grassi.

"My worry was with Nyck, because he had more energy - he had about a percent more," added di Grassi.

"I tried just to do a few laps on the limit I could do to stay in front. Then I managed to open a small gap, which was enough to finish the race. It was a great fight and a great race."

Dennis: London E-Prix one of "most challenging races" in career