Jake Dennis says a “weird sound” preceded the rear-axle lock-up that caused the rookie to crash out of the 2021 Berlin E-Prix while fighting for the Formula E championship title.

The BMW Andretti driver needed to overturn a four-point deficit to champion Nyck de Vries in the final race of the Formula E season at Tempelhof Airport to score a remarkable debut title.

But, while running in eighth place, which would have netted four points to tie him at the top, he suffered a technical failure and speared into the wall on the outside of Turn 1.

This arrived as he closed to the rear of the Nissan e.dams machine of Sebastien Buemi in a fight for seventh position on the second lap of the restart of the red-flagged finale.

While the exact cause of the problem is yet to be identified, Dennis described a “weird” noise from the rear of the car as he used the regen braking to slow down.

He said: “We still need to look into it.

“As soon as I came out of the last corner, we started to have a weird sound from gearbox or from the back of the powertrain.

“Then, when I lifted into Turn 1, the rear tyres just completely locked and put me into the wall.

“I'm disappointed. Obviously, we were in a fighting position, we had the upper hand at that point.

“But, nevertheless, there was long way to go, and anything could have happened at that point.”

Dennis did consider whether the lengthy stoppage, caused by title rival Edoardo Mortara running into the back of a stationary Mitch Evans, might have played a role in the failure.

The restart was delayed while an ambulance was repositioned at the side of the track, which left the cars to form a queue in the pitlane.

Dennis added: “I don't know if it was maybe linked to being stationary for so long in the pitlane.”

But the Briton, who scored two wins in his rookie season and earned a contract with the newly independent Andretti Autosport team for 2022, went on to express his surprise at finishing third in the standings after a Saudi Arabia debut when he scored 12th before crashing out in race two. 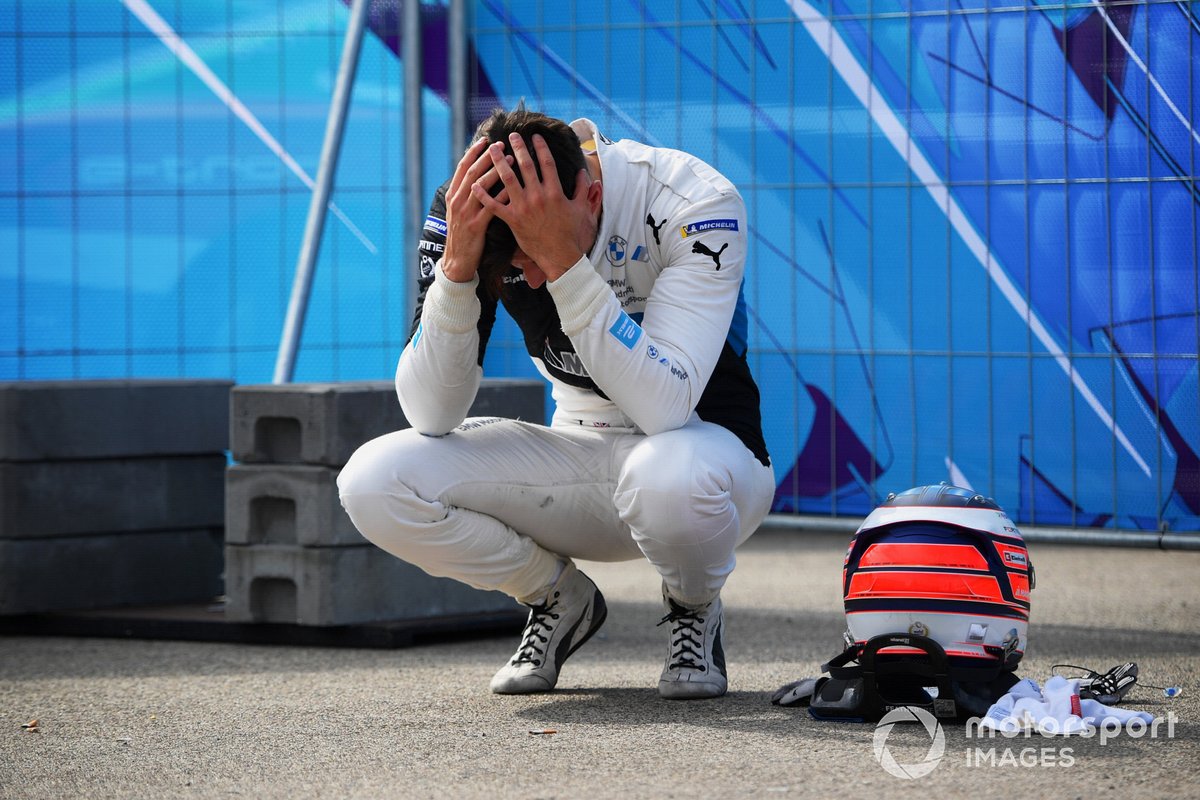 He said: “I'm just happy to be still sat here in third.

“We could have so easily lost many more positions today with the championship being so close.

“Honestly, I didn't think we'd be sat here after the first couple of rounds.”

Dennis had not driven a Formula E car at this point last year before winning the BMW contract following an internal shootout with the German manufacturer that also included works DTM drivers Philipp Eng and Lucas Auer.

BMW, which will now quit the series, ended the campaign sixth in the teams’ championship, one place down on its result from last season and in 2018-19, when it joined the series in a works capacity.