First-time Formula E winner Jake Dennis reckons he played “guinea pig” in the Valencia E-Prix “game of the poker” and “nobody thought it was possible” he would hold the lead.

A headwind on the main straight and few opportunities to regenerate energy at the permanent Ricardo Tormo track meant teams comfortably preferred their drivers to remain in a slipstream to save charge for the end of the race rather than attempt to lead from first place.

Championship rookie Dennis, who claimed his inaugural pole position after topping the group qualifying stages, explained that his team had planned for second-starting Mahindra Racing driver Alex Lynn to take the lead.

“The plan was always to let Alex pass but then it was quite evident he didn’t want to,” he said.

“We had to change it up. He basically just followed every move I did.

“It was just a game of poker really.

“We were just showing our cards a little bit and it was going to be a difficult race at the end with the energy.

“We did the perfect strategy, made it one lap shorter, made it a flat=out race at the end and this was the best strategy, it worked out."

As Lynn stayed behind, which led to slow race pace in the early stages, Dennis told Autosport that he had been “the guinea pig”.

He said: “Nobody wanted to lead. But someone's got to, and I was the guinea pig. 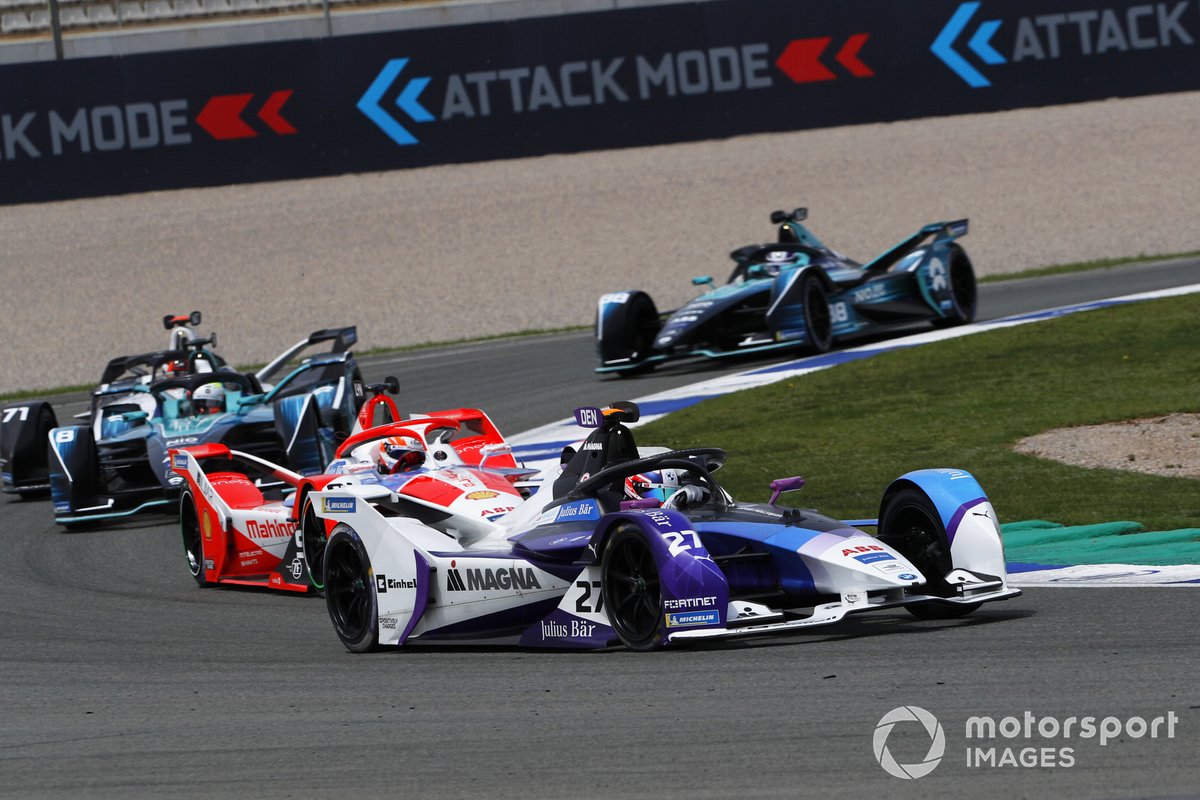 “I was the guy who led the whole field, and still managed it, which is sensational.

“It's just a massive relief that we've got our first win. It just shows the efficiency of the [BMW] powertrain.”

Saturday polesitter Antonio Felix da Costa told Autosport he had received texts from four drivers telling him that they would not overtake him during the early part of the race.

Dennis said he had been told by his rivals in the paddock that the BMW car would not win.

He added: “Every driver is shocked that I lead from lap one to lap 30.

“Nobody thought it was possible.

“Obviously, you go up against these guys like Antonio, [Jean-Eric Vergne], [Oliver] Rowland. To beat these guys, is a real big confidence boost for me.”

Dennis told Autosport that his victory validated the decision for the manufacturer to sign him for Formula E, the Brit particularly impressing with his simulator work.

He said: "It's really impressive that they put their trust in me and for me to now be able to deliver that first BMW win of the season, first pole position of the season.

“It just shows that they made the right decision. I'll be truly grateful for them putting me in the car.”