Mercedes driver Nyck de Vries has hit out at the “artificial” nature of Formula E which contributed to the early championship leader’s sixth point-less result from the last eight races.

Victory from pole in the season-opening Diriyah E-Prix boosted the 2019 FIA Formula 2 champion to the top of the standings, and he retook the lead after scoring an unlikely win in the first Valencia race following the critical energy levels suffered by much of grid.

But the Dutch racer has now scored just two points from the last five races, a drop off he blamed on the Formula E qualifying format rather than a decline in Mercedes pace.

When asked whether he was worried about the low-scoring form following the first New York City E-Prix in which he finished 13th, de Vries told Autosport: “It's just a set of circumstantial situations caused by the game.

“Of course, we make mistakes, and we are responsible for our mistakes which we do.

“But ultimately, the biggest problem is the qualifying format.”

As a consistent front-runner in the standings after his early success, de Vries has contested qualifying from the unfavoured group one starting position in all bar the first Diriyah race.

He, alongside the other drivers in the top six of the championship, set flying laps first on a track that remains ‘green’ and does not readily offer up grip and lap time.

De Vries continued: “If you if you're in group one, the best possible qualifying position was P11 [on Saturday].

“Normally in group one, apparently, the disadvantage is so big that it's just tough to be inside top 10.

“You're in the back of the grid and in all this mess. Three races like that, what can you do?

"Of course we have our responsibilities, and we need to always do better as a team. 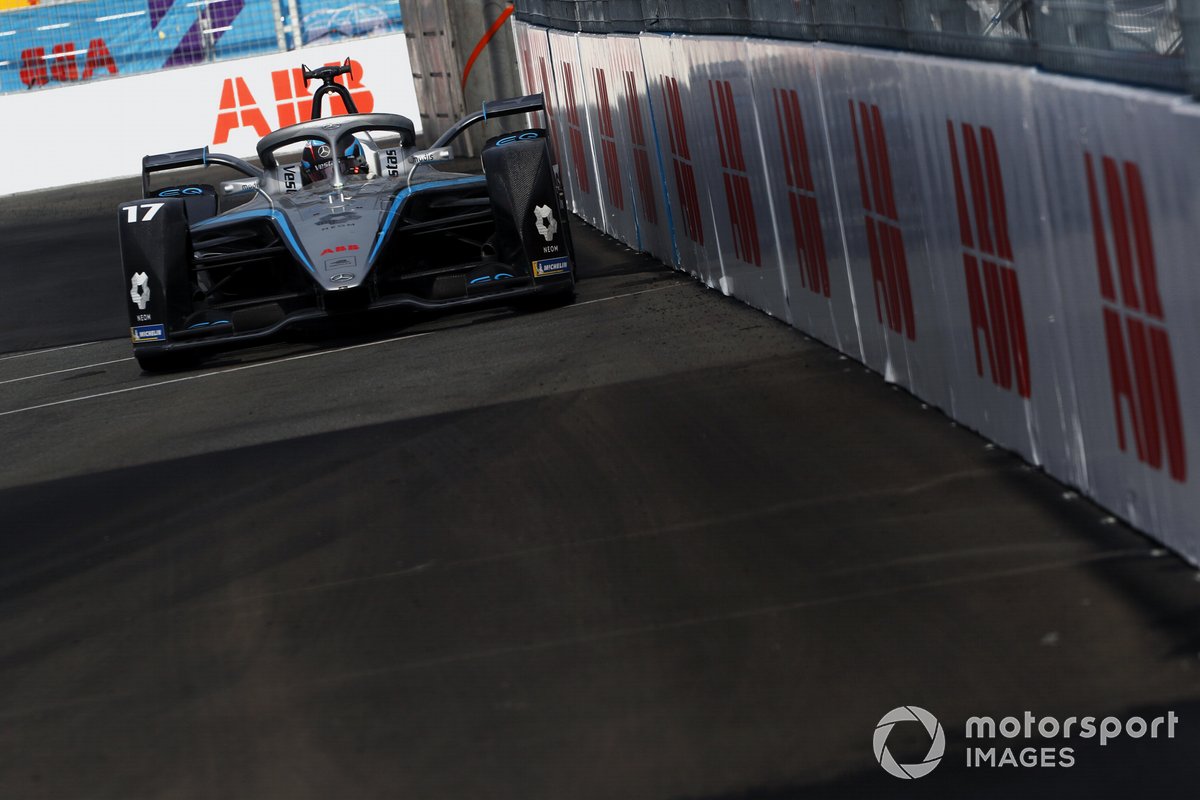 “But I don't think there's anything necessarily wrong on our side. It's just part of the game.

"If you look at the championship standings, there are almost 12 drivers within [19] points.

“You can say it's exciting but for me, it's artificial."

De Vries was then involved in a Turn 10 collision on the opener lap as he was caught out when the pack concertinaed into the hairpin, which then damaged his car.

“Three races in a row I got hit from behind now," he said. “In Turn 10, I tried to avoid the car in front of me but it was obviously impossible.

“I lost my right-front fender so from that point my balance was very compromised.

“We only brought it home but I had no chance to fight.”

Team-mate Stoffel Vandoorne also failed to score after retiring on lap 27 of 38 with a puncture, his second of the day.

The Belgian qualified 21st after he hit a wall through the Turn 12 and 13 chicane, which bent the wheel rim and caused the puncture.