The 34-year-old Belgian contested the 2019-20 FE season for Mahindra Racing and finished 16thin the standings, having failed to start the second Saudi Arabia E-Prix - the only race he has missed in the championship's six-year history.

But for the 2020-21 campaign, Mahindra has signed Alexander Sims from BMW Andretti.

Although Mahindra has not confirmed it second driver, it is expected to retain Alex Lynn - who replaced Porsche-bound Pascal Wehrlein for the six-race Berlin season finale - with the Briton still active in the team's simulator alongside outgoing Haas F1 racer Romain Grosjean.

D'Ambrosio, a three-time FE race winner, has now confirmed his professional driving retirement and has signed as deputy team principal for the Monaco-based Venturi concern.

The former Marussia and Lotus F1 driver said: "My experience as a driver over the past 26 years has undeniably shaped me as a person and, when I decided after Berlin to hang up my helmet, I knew I wanted to stay involved in motorsport in some capacity.

"I'm still a very competitive person. That hunger to win doesn't leave you when you decide to step out of the car, and I want to put that passion to good use." 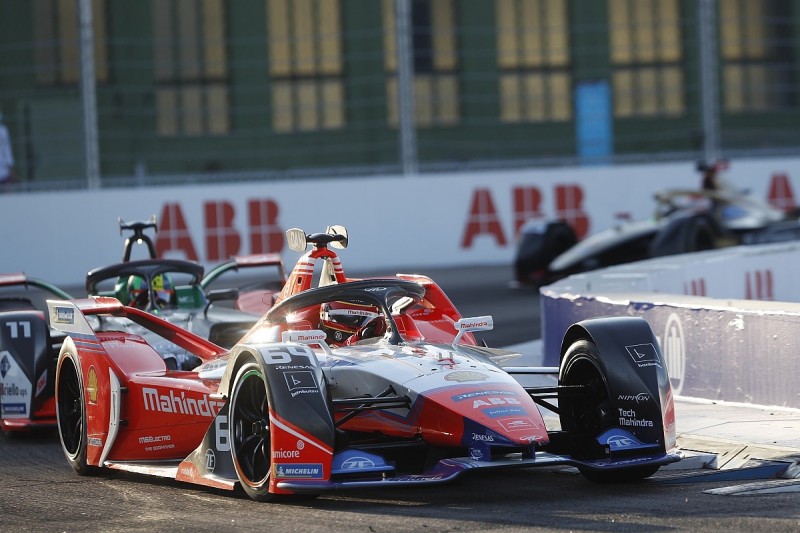 Ambrosio continued: "When Susie and I started talking about potentially taking my first step into a management role, I knew in my gut that the opportunity was perfect for me.

"It's time for a new challenge and I have a lot to learn, but I know that I'll be learning from one of the best and I can't wait to see what lies ahead.

Wolff added: "When I took on the role of team principal in July 2018, one of my main areas of focus was to ensure that we have the right people in the right roles.

"Understandably, as we evolve as a team, our needs change and grow.

"Jerome taking on the role of deputy team principal will serve to strengthen the team - he will play a pivotal role with our drivers and engineering team and act as my right hand in Monaco.

"I know what it's like to hang up your helmet and I also know how important the next move is at any pivotal stage of a person's career.

"Like Jerome, I'm someone who follows their gut instincts and I think that we'll make a fantastic team moving forward."