Antonio Felix da Costa says he soldiered on with a slow puncture in the New York City E-Prix "hoping for a miracle", after contact with Andre Lotterer before rain hit.

After setting the fastest time in practice, da Costa was caught out by the onset of rain in Group B qualifying, which left him and DS Techeetah team-mate Jean-Eric Vergne unable to progress to the duels.

Da Costa explained that the team's misfortune snowballed into a difficult race, with the Portuguese driver losing positions off the line after starting on the less-used side of the grid - while Vergne was caught up in a lap one skirmish and pitched into a spin as the field compressed.

Although the Techeetah team told da Costa to stay out with his slow puncture, assuming rain could still keep the Season 6 champion in play, da Costa says that the better call would have been to retire.

"Basically I got hit by Andre a couple of laps before, and that initiated a slow puncture on my rear left," da Costa said.

"But the team advised me to stay out because the rain was coming, and you never know with red flags or whatever, so I did stay out.

"At some point midway through Turn 4, my rear left exploded, gave up completely and it threw me into the wall so yeah, to be honest, we were just trying and hoping for a miracle.

"In hindsight, now looking back, after the contact with Andre, we should have retired." 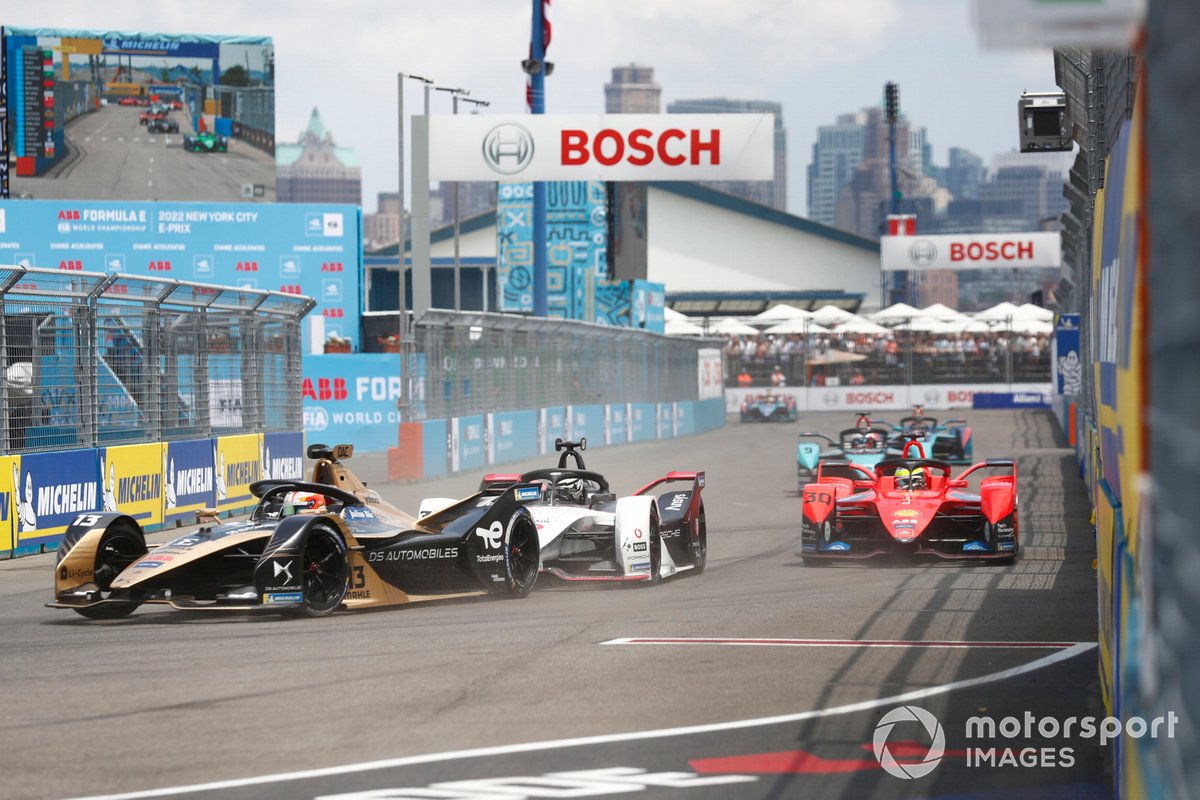 Da Costa reckoned that, had the race continued under more regular conditions, he had saved enough energy to enact a late-race charge for points.

He added getting a better qualifying result for Sunday's race should give the team something positive to return home with, given its pace.

"It's very disappointing because we topped practice with quite some margin," said da Costa. "We had a really good car today and we kind of mis-strategised quali.

"It's easy to say now, but we went out too late and got caught out by the rain and then missed the duels by one position, by one-hundredth or whatever it was.

"Then that changes your day completely, I started 10th on the dirty side of the grid, lost two positions before I got to Turn 1 and then you're in the middle of this huge mess.

"I thought I was doing a good race with what I had, because I saved a lot of energy for the last 10 laps.

"I wasn't going to win the race, but I could have made up some positions and potentially scored some points.

"We just need to nail quali. Everyone is so strong now that you're not going to overtake 10 guys anymore to come back to the front so, if we just have a strong quali tomorrow [Sunday], we can at least go home with a nice result."