Lotterer had risen to 11th place from 21st on the grid when he pulled into the pits to retire with a quarter of the race remaining in the event in the German capital on Saturday.

Title contender Lotterer explained that he had stopped the car as the battery temperature continued to rise in the closing stages and was approaching the 72C mark - the point at which the Gen2 car loses power dramatically and shuts down.

"It was steadily building - it can happen sometimes, maybe if you're in traffic or something - but it kept rising," Lotterer told Autosport.

"The full course yellow cooled it a bit, but immediately when we went back to green it was rising [again].

"We parked the car at 71.7C - at 72C the system collapses and the car will stop. It's a pity about the technical issue, [but] nothing you can do."

A post-race investigation confirmed that it was not a problem with the battery itself, but part of the battery cooling circuit was not connected correctly.

This led to an eventual pressure build-up and resulting failure of one of the external cooling hoses.

The cooling capacity of battery was therefore compromised and as the battery temperatures rose, it protected itself by limiting the power and causing Lotterer's eventual retirement.

It is not believed that the battery has any damage or further issue, and it is expected to remain in the car for Bern.

Lotterer's DNF capped a difficult day in Berlin for the triple Le Mans 24 Hours winner, who had entered the weekend one point off the championship lead.

In group qualifying, he crossed the line too late and did not get to set at time at 250kW after all five drivers in group one had waited for much of the six minutes they had to set a time in that segment to elapse before taking to the track in an attempt to mitigate the disadvantage of running first. 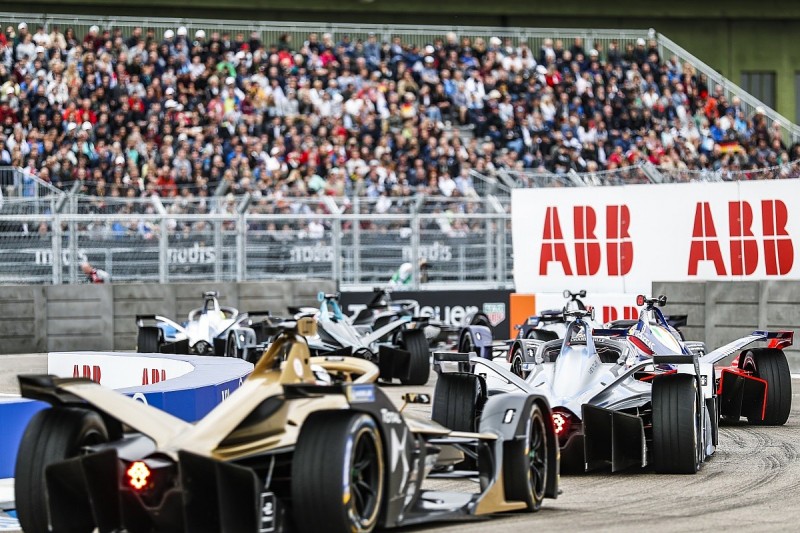 Eventual race winner Lucas di Grassi, Jean-Eric Vergne and Lotterer took two warm-up laps before switching to 250kW, with Lotterer missing out on his flying lap by a fraction of a second.

Lotterer felt he was "probably a bit on the edge for going out, but it was more or less under control without much margin".

"But then Lucas slowed down more than we expected and that backed everything up and I was the one that got screwed," he continued.

"Literally, I crossed the line and I thought it was fine because for me I only saw green lights, but just when I passed, tenths before, it turned to red.

"That's modern racing - with the all the systems. I think if we had had a marshal with a flag it would have been fine.

"I don't want to blame Lucas, he did his thing, but he had no one in front of him - he didn't need to slow down like that. It's not the only reason why, but it's one of the reasons."

Lotterer is now third in the drivers' championship, 16 points adrift of Vergne, who finished third in Berlin behind di Grassi and Nissan e.dams driver Sebastien Buemi.