Autosport revealed earlier this year the German manufacturer was considering an early entry into FE in a partnership capacity, while BMW contracted Antonio Felix da Costa was announced as an Andretti FE driver in July.

BMW has now confirmed it will work closely with the American team "in order to familiarise itself with processes in this innovative series, and to check the possibility of a works involvement in the future".

Autosport understands BMW's involvement in the development of the Andretti ATEC-02 powertrain for the 2016/17 season, which begins in Hong Kong on October 9, has been significant.

The announcement reiterated it will not be involved in FE with a fully-fledged manufacturer team until the series moves to single-car races for the 2018/19 campaign.

BMW's motorsport director Jens Marquardt said the FE move would allow the company to "forge new paths and demonstrate our expertise in the field of electric mobility".

"A works involvement is then conceivable as of the series' fifth season," he confirmed.

"The premise for all these steps is the further positive development of the series, which includes increasing the capacity of the batteries, for example."

The FE tie-up was announced as part of what BMW called a "realignment" of its motorsport programmes, which will include an entry into the World Endurance Championship's GT class in 2018.

BMW will continue to compete in the IMSA SportsCar Championship, expand its GT4 participation with the M4 and "ramp up support" of Mini's Dakar Rally project. 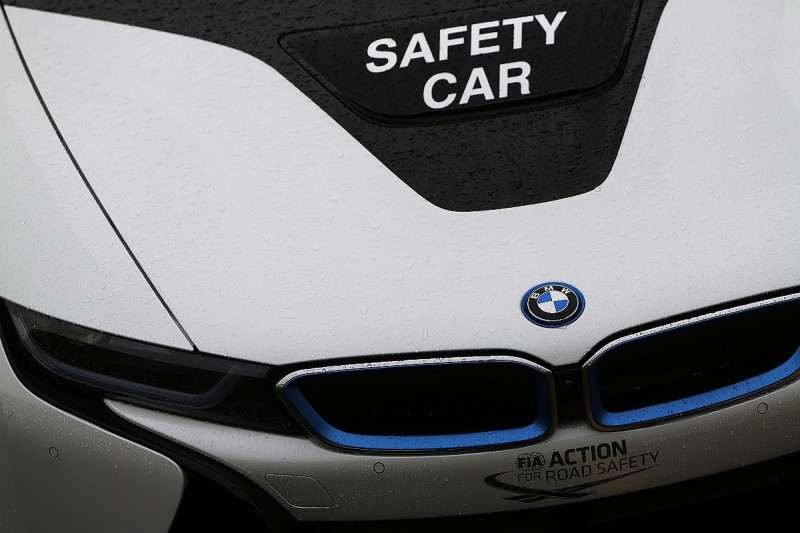 Finally. BMW confirming its tie-up with Andretti has been expected in FE circles for some time, and now we can stop whispering about it in the shadows.

To put it bluntly, this is excellent news. For Andretti and the championship.

BMW's already leant a helping hand, shall we say, to the Andretti ATEC-02.

And it leaves just the Techeetah team, running a customer Renault powertrain this season, as the only FE entry without some kind of manufacturer link.

BMW's exploration into FE has been obvious from the beginning. Just look at its supply of the safety car and medical vehicle, and sponsorship of last season's Berlin ePrix.

Like any respectable manufacturer competing in motorsport is all about benefiting the brand, and FE fits the bill nicely for BMW.

It might seem like PR jargon but it is PR jargon that doesn't apply to any other series right now. The WEC announcement confirms a GT campaign over LMP1, and it's now seven years since BMW departed Formula 1.

Simply put it's another victory for the juggernaut of FE.