Edoardo Mortara bagged his second Formula E pole in a row, scything his way past Robin Frijns in the second Berlin E-Prix qualifying final by almost half a second.

Race one winner Mortara did not put a foot wrong throughout the qualifying session, leading his group and stitching together three fast laps in the duels stage to put his Venturi machinery on pole.

Frijns endured a scruffy start to his final lap, taking a little bit too much of a bite on the steering wheel into Turn 1 which forced him into a momentary slide - thus, putting him down by 0.286s on Mortara by the first sector.

Mortara continued to keep up the pace, grabbing a 1m05.972s - just a shade slower than his semi-final time - to go 0.498s clear of Frijns for pole.

The Swiss driver had put Nyck de Vries to the sword in their semi-final bout, plundering a 1m05.897s as de Vries grabbed a time nearly four tenths slower, albeit enough to secure the reigning champion third on the grid - albeit under investigation for potentially missing the weighbridge.

Frijns, meanwhile, had been able to shake off a mistake at Turn 5 to make his way into the final, missing the apex and having to gather up the rear of the car to repel a charge from Andre Lotterer - despite watching his early advantage over the Porsche driver dwindle at the second sector.

Lotterer had pounced on Stoffel Vandoorne's first-turn lock-up to progress to the semis from their quarter-final duel, brushing the Mercedes driver aside by three tenths as Lotterer continued his streak of appearing in all eight duels phases this season. 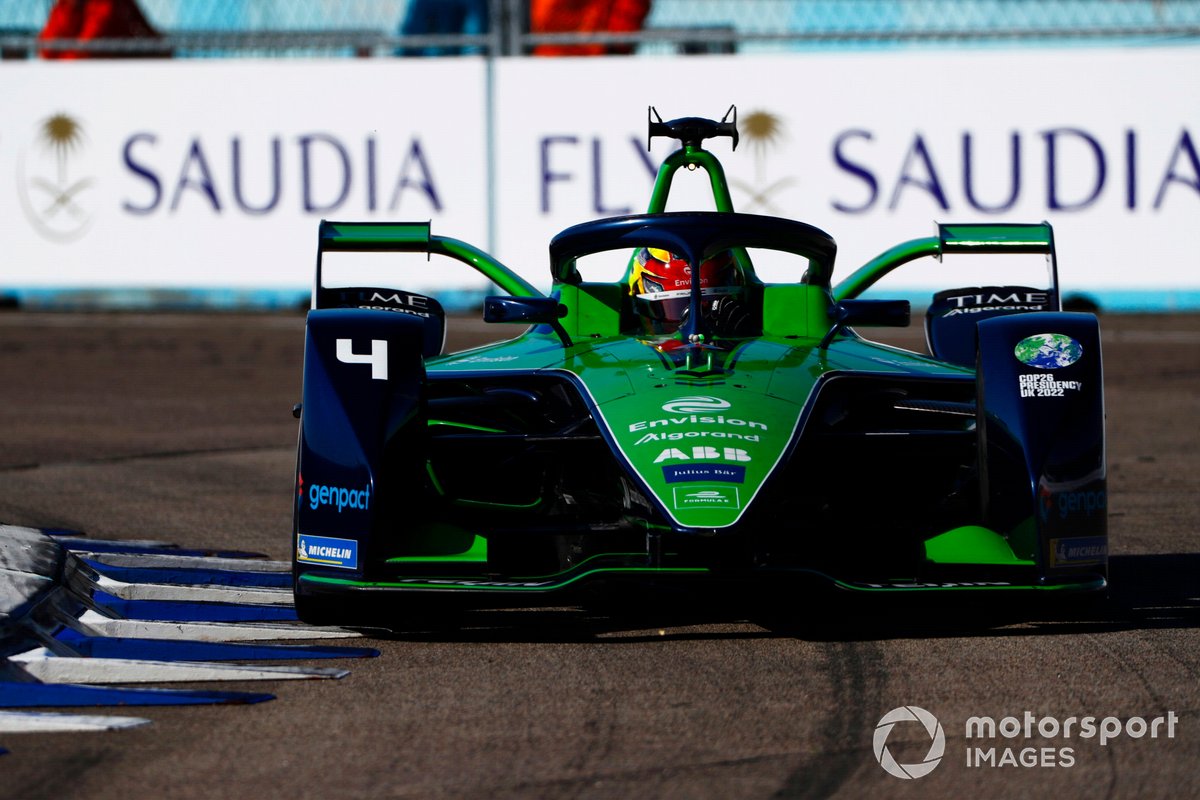 Antonio Felix da Costa looked set to end Frijns' path through qualifying, going 0.154s up by the close of the first sector. But Frijns rallied to knock a tenth out of the Portuguese racer's advantage by the next sector, ultimately pipping him by a scant 0.014s to book a semi-final place.

De Vries cleared Lucas di Grassi in their quarter-final bout, steadily building his advantage over the course of his hotlap to leave the Venturi driver having to watch the remainder of qualifying from the sidelines.

Mortara avenged his team-mate, however, beating Nick Cassidy as the Kiwi made his first appearance in the final eight since Diriyah.

Lotterer took fourth on the grid, while da Costa was fastest of the eliminated drivers from the quarter finals and starts the race fifth ahead of Lucas di Grassi.

Stoffel Vandoorne moves up to seventh, as Cassidy was relegated to the back of the grid for changing a number of powertrain components beyond the allowable limit ahead of the session - and will have to serve a 10-second stop-go penalty in addition.

Mitch Evans was once again dumped out of qualifying in the group stage, as a late charge from Frijns left the Jaguar driver failing to make the cut out of Group A.

Frijns had been initially displaced from the top four by Vandoorne, who went quickest in the opening group by two tenths, but earned a reprieve at Evans' expense to ensure both Envisions made through to the duels.

Pascal Wehrlein was another big scalp, managing only the 10th fastest time in the group despite Porsche's strong pace throughout the weekend.

Jean-Eric Vergne made a last-gasp bid to secure his place into the duels, and had knocked Oliver Rowland out of the top four of Group B - but was immediately displaced by DS Techeetah team-mate Antonio Felix da Costa.

Rowland had previously dispatched Maximilian Guenther, who was looking to break his and Nissan e.dams' duels duck - but the two were ultimately unable to keep their places among the top four.

Vergne regardless starts eighth thanks to Cassidy's penalty, ahead of Evans and Rowland who complete the top 10.