The team had to build an entire car around a new tub after Frijns suffered a heavy qualifying crash, and Andretti co-team principal Roger Griffiths revealed it was very close to not being ready for the second stint.

He reckoned the rebuild, and the impressive recovery drives from Frijns (20th to sixth) and Antonio Felix da Costa (13th to fifth), kicked off its new engineering tie-up with BMW in a very strong way.

"We set it up, it wasn't just thrown together," Griffiths told Autosport. "And we even put some stickers on the side of it.

"I think the guys from BMW that were here were just amazed at the never say die attitude from the team to get the monocoque changed.

"It really set the partnership off on a great standing."

Frijns' crash in qualifying followed a scruffy morning of practice while da Costa struggled in qualifying after showing well earlier on. 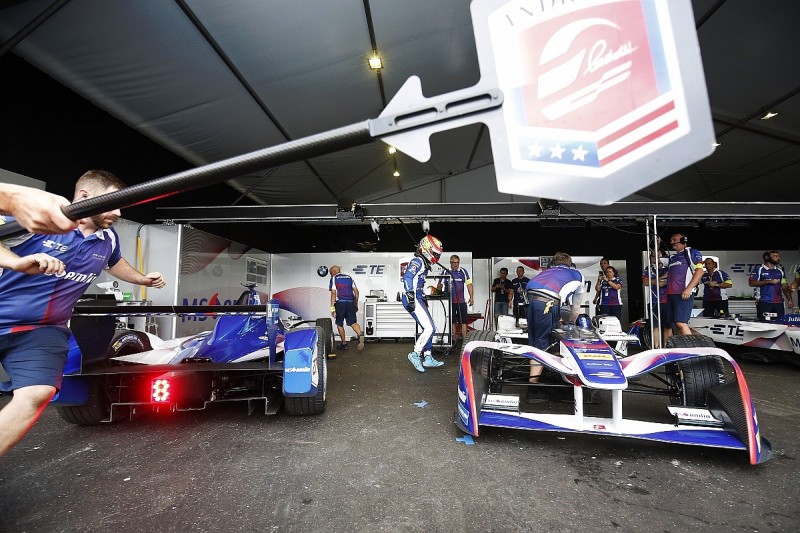 Both stayed out when the safety car emerged just before the mid-race car swaps, then charged up the order late on with more energy at their disposal.

Griffiths called the step forward from pre-season testing at Donington Park, where the team was at the foot of the times, a "pleasant surprise".

"I thought after free practice we should have been sixth or seventh and the result reflects that," he said.

"There should have been at least half a second in Antonio and that would have put us in that region [in qualifying].

"Robin struggled trying to find a bit of rhythm, so we need to work on that to get him comfortable in the car.

"Obviously the guys behind the wheel had a huge influence over what happened during the race but we played some very smart strategy as well."

Frijns held his hands up over the qualifying shunt and said the result was the best way to repay the team and prove to BMW what Andretti and its drivers are capable of.

"The team on its own did a really good job," he said, "and every race you want to show what you can do and Antonio and me are on the same line on speed.

"To say where we are exactly we don't really know, but here fifth and sixth was the maximum and we will push in Marrakech to do the same or get on the podium."