Lundgaard driver jumped polesitting Ferrari Academy driver Robert Shwartzman at the start of the Barcelona season opener on Saturday, and maintained a constant gap until a virtual safety car affected the race in the closing stages.

It is the first time the system has been used outside of F1 and Formula 2 this season, and after making a mistake in keeping to the delta,Lundgaard said he tried to push in the closing stages to build a gap in anticipation of the penalty.

"I kind of knew straight away, I wasn't told over the radio, they wanted to keep me calm but I had a pretty good idea of it," said Lundgaard.

"The virtual safety car on my dash started before the light, so I kind of kept pushing because we always go for the lights.

"I think that's what happened, I'm not 100% sure, and when it finished I tried to push the maximum I could and pull away because I knew I was going to get a penalty.

"But it wasn't possible."

Lundgaard had just four clear laps to try to build a five second gap to Shwartzman in the run to the flag. 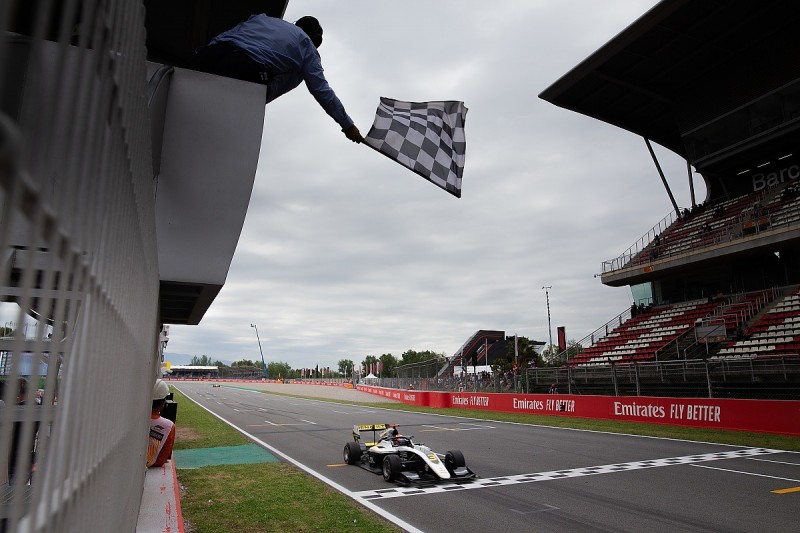 It appeared ART thought the victory was in the bag and told Lundgaard over the radio, but on the formation lap race control revealed the penalty for the VSC infringement, and the news did not filter down to the team and driver until Lundgaard had already pulled up in the number one position in the pitlane.

SMP-backed Shwartzman inherited the win instead, while Lundgaard held second ahead of Marcus Armstrong, who was defending from David Beckmann in the closing stages.

"Points-wise, I'm happy - I'll take these 25 points, but in the other case, I've been in the position of Christian when you're losing the win. It doesn't feel good," said 19-year-old Shwartzman.

"So I'm not as happy as if I would have won literally passing the finish line first.

"I don't have that sort of maximum feeling, I must say, but it's just the first race and if I have the opportunity I'll take it for sure.

"I'm happy about it, I'll do my best next time to finish first."

The second race maintains the format of the GP3 Series - which has merged with European Formula 3 to form the new FIA F3 series - with the top eight from Saturday's race reversed for Sunday's grid at Barcelona.

Ex-Red Bull junior Niko Kari will start that race from pole ahead of Jehan Daruvala and Juri Vips.