The 17-year-old Lawson is the youngest driver in the FIA F3 field, and struggled to adapt to the new car, while he and his team have simultaneously had trouble with one-lap pace with all three of its drivers.

The problem is magnified by the fact that the whole field is so close together, 1.6s separating the top 18 at Silverstone in qualifying.

At the Northamptonshire track last weekend, Lawson qualified seventh, his best of the season, but struggled for tyre life and fell back to eighth which awarded him the reversed-grid pole for race two on Sunday.

He held Leo Pulcini at bay for the first half of the race, was passed by points' leader Robert Shwartzman, and then militantly held on to take MP's first podium of the season. 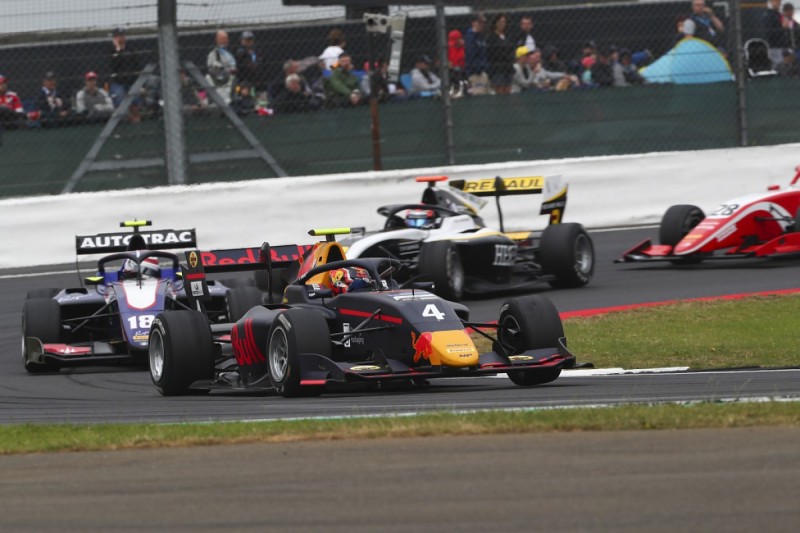 "We were pushing for the win but we have to at least start getting podiums, we've done that today and that's great for the team and myself," said Lawson, who finished second in German F4 last year before winning the prestigious Toyota Racing Series in early 2019.

"If you look at where we've been the past couple of weekends it's massive. I wasn't sure where we'd be this weekend.

"We had a really strong qually and made massive steps with outright pace.

"We're hoping to repeat this and go even better.

"It's the first time we've really understood the car because normally we leave the track so confused about what's going on.

"We expect to have pace and it to respond how we think it should and it doesn't.

"Leaving here we have a bit more of an idea what's going on and hopefully we can bounce back stronger next time out."

Lawson moved up to 10th in the standings with the podium, scoring points in four races this year.

His team-mates Richard Verschoor and Simo Laaksonen - who have GP3 experience under their belts from 2018 - are 15th and 18th in the standings respectively.