But the campaign proved disastrous after a clarification from the FIA last month confirmed that the AWS's three-round calendar could not count for superlicence points.

Ticktum had taken two poles in the opening Buriram round, but followed it up with just one podium finish and skipped the Sepang round, leaving him eighth in the standings.

The Red Bull junior is competing in the Super Formula series in 2019 in a bid to earn enough points for an F1 graduation.

His fellow F1 juniors in Lundgaard and Martins will compete in the AWS finale for Pinnacle Motorsport. 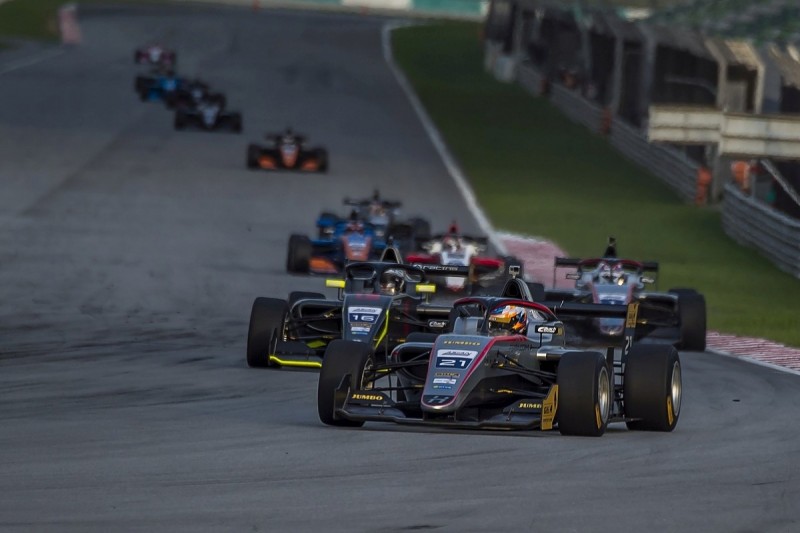 Martins was fifth in Formula Renault Eurocup, and will remain in the series with MP Motorsport as it switches to regional F3 rules.

Lundgaard will team up with Fewtrell at ART Grand Prix in the new FIA F3 this year. Fewtrell will not race at Sepang, with Red Bull's Jack Doohan making his debut in replacing the Renault man at Hitech.

Other additions include British F4 champion Jamie Caroline, ADAC F4's Joey Alders and W Series hopeful Miki Koyama, who will get experience of a regional F3 car ahead of next month's W Series grid-deciding track test in Spain.