The London-based 19-year-old was quickest in seven of the eight sessions over Monday and Tuesday driving the Dallara-Volkswagen taken to second in this year's championship by Antonio Giovinazzi.

"I've done one day with Carlin at the Red Bull Ring, then we were quick at Silverstone, which was good, and being quickest in seven of the eight sessions at Valencia is a real positive and helps for next year," Hyman told Autosport.

"There are about four offers on the table for 2016, but I'm leaning towards Carlin."

Hyman finished a close third to George Russell and Arjun Maini in the 2014 BRDC Formula 4 Championship, before joining Team West-Tec in a last-minute deal on the eve of the 2015 Euro F3 season.

He scored points in only four races, but believes he can build on the experience to challenge at the front next season. 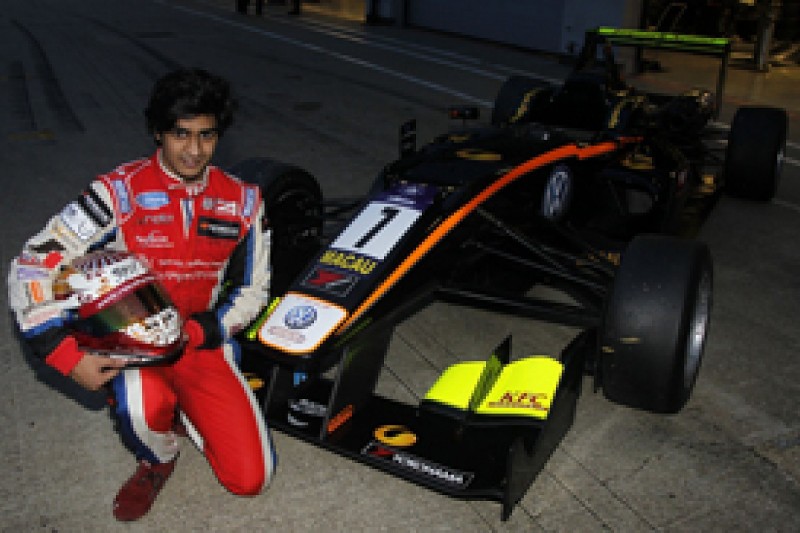 "Seat time always helps, and this past season was very difficult," he said.

"We've had the speed to be in the top 10 quite a few times but we've been gaining experience over the weekends and it's been a learning year.

"It's been quite tough, but all the track time and experience from testing I've done towards the end of the year bodes well for next season - I just need to make sure we can put everything in place to challenge at the front."

Carlin has continued its Valencia test into Wednesday, with Will Palmer, Alessio Lorandi and Ryan Tveter continuing to drive, and joined by Indian BRDC F4 graduate Ameya Vaidyanathan.

The team has announced that American driver Tveter has signed on to remain as part of its 2016 line-up.

Motopark is also on track, with Jimmy Eriksson, Niko Kari and Julio Moreno joined by Chinese Ferrari protege Guan Yu Zhou. Lorandi switches to the German team on Thursday in place of Moreno.

Lance Stroll led a Prema 1-2-3 on the final day with times set in the quicker morning session, with Maximilian Gunther and Nick Cassidy within 0.045 seconds of the Canadian.

Van Amersfoort switches from VW to Mercedes in Formula 3