The 19-year-old Estonian student will rejoin Prema Powerteam, with which he won the 2015 Italian Formula 4 title and was a race winner in his F3 rookie season in '16.

Aron landed at Hitech GP last season, finishing ninth in the championship before switching to Van Amersfoort Racing for Macau, where he claimed third position.

"I'm very excited to be back with Prema for 2018," said Aron, who tested with Prema in Spain and Portugal last month.

"We won a championship in F4 together, and I have learned from the mistakes I've made in F3.

"Combining the experience and determination that I and Prema have, we will be stronger than ever and ready to conquer the podium at round one."

Team boss Rene Rosin said: "Ralf is smart, fast and consistent and he's also a very positive person to have within the team - I'm sure he has the skill set to become a real contender this season.

"I couldn't be more satisfied with how our line-up for 2018 is shaping up, so it will surely be a great season."

Aron joins Ferrari juniors Robert Shwartzman and Marcus Armstrong in the Prema line-up for 2018, while their Prancing Horse stablemate Guan Yu Zhou as well as Mick Schumacher have been solid members of the team's testing line-up in the build-up to Christmas. 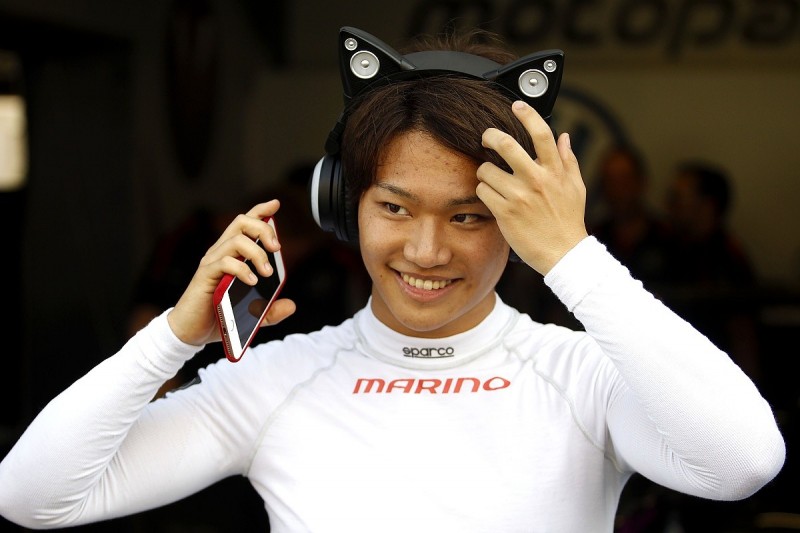 A race winner in Italian F4, Yokohama teenager Sato had a tough rookie F3 season in 2017 before scoring his first point in the penultimate round at the Red Bull Ring.

Motopark chief Timo Rumpfkeil said: "2017 was a difficult year for Marino - after all, the decision to join F3 came very late and he only knew two tracks.

"Marino learned his lessons fast and well, and we backed that up with an extensive testing and preparation programme in the autumn and winter of 2017 - Marino will hence start this season on a much higher level.

"We expect him in the top 10 regularly, with potential for more on various occasions."

Sato said: "The team is not only spot-on during race weekends but, more than that, they offer a great teach-and-learn scheme in between races.

"I wanted to learn as much about F3 as I could in my maiden year, and in Motopark I found the best possible teachers."