Formula 3 European Championship leader Enaam Ahmed believes he is far from being the title favourite, despite his two wins in last weekend's Hungaroring round giving him the series lead

The 18-year old vaulted fellow Londoner Dan Ticktum for the championship advantage with his first win on Sunday, and his second victory leaves him 18 points in front of Ferrari protege Guan Yu Zhou and 20 clear of Red Bull Junior Ticktum.

Reigning BRDC British F3 champion Ahmed's victories came on the heels of his first podium finish, a second place in the Pau Grand Prix at the opening round on the French street circuit.

"Today went our way, but it can easily change the other way in the next round at the Norisring," said Hitech GP driver Ahmed.

"The championship is at such a high level, with the best young drivers in the world.

"But this is a really, really emotional weekend.

"There was a lot of hard work that went into this year, and I didn't expect to win races in my second race weekend.

"I've been working hard with our driver coach [former F3 ace Roberto Streit], and the team have worked so much to get me up to speed against all these really good drivers." 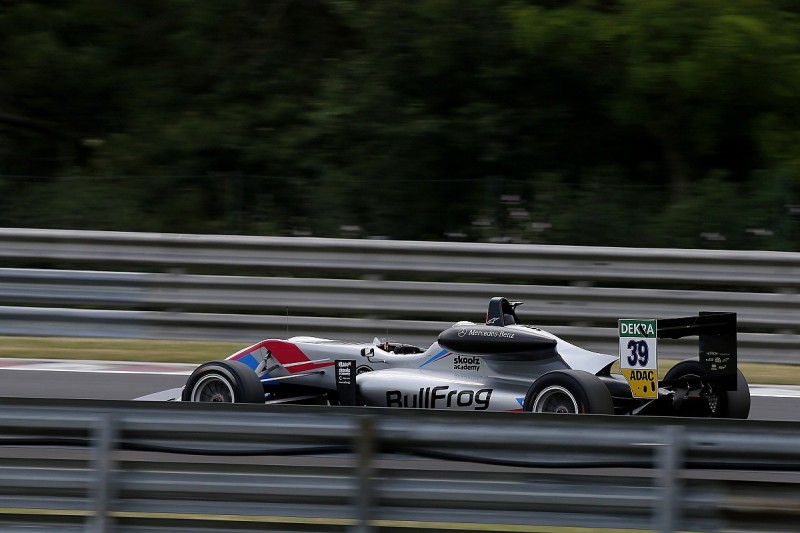 Ahmed's team-mate Alex Palou, who was signed by Hitech as the experienced hand and was expected to guide Ahmed and Ben Hingeley, believes the team's chassis is the best on the grid.

For the second successive race, Palou threw away a front-row grid position with a bad start on a slippery circuit in the opening race at the Hungaroring.

He then finished second in race two, and charged from seventh on the grid to second by Turn 2 in the final race before sustaining a puncture in a collision with Robert Shwartzman.

Catalan Palou languishes seventh in the points, but predicts that he will be in title contention.

"I have fixed my problems at the start and now we are the fastest car," Palou told Autosport.

"Starting P7 and arriving at the second corner P2 is mega, and what happened is motorsport - I cannot control these things.

"But now everyone has got to get ready, because I am coming.

"I've made two good starts, so I know how to do it now - I would say that we have the best car now, so we have to take the opportunity to win as many races as we can."

The paddock rumour last autumn was that Hitech GP wouldn't even be in European F3 this season - the team had declined to participate in the Macau Grand Prix, and Nikita Mazepin, whose father Dimitri provided the investment for the Silverstone-based squad, was clearly moving into GP3.

Furthermore, the team had endured a tough second full season, with expected 'gun' signing Jake Hughes taking a sole 2017 victory on his way to a distant fifth in the championship.

If you talked to those around Hitech, they spoke of the team following a development path that didn't work with the new-for-2017 aero kit, although improvements were made and the second half of the season was a step forward, before technical director John McGill left at the end of the campaign.

Added to that, staunch F3 engineer/team manager David Hayle, the founder of the original Hitech in 2003, had parted company with 'new' Hitech.

But the team began a winter testing programme with the underrated Alex Palou, plus BRDC British F3 graduates Enaam Ahmed and Ben Hingeley, and when the official pre-season tests started Palou and Ahmed were right at the top of the times.

Ahmed makes no secret of the fact that he was shocked by the quality of the Euro F3 opposition when he started testing, and that he knew he had to work extremely hard over the winter to hold a candle to Palou and the other frontrunners.

He also admits that he struggled with the Hitech 2017-spec car, as well as with machinery from other teams that he tested. 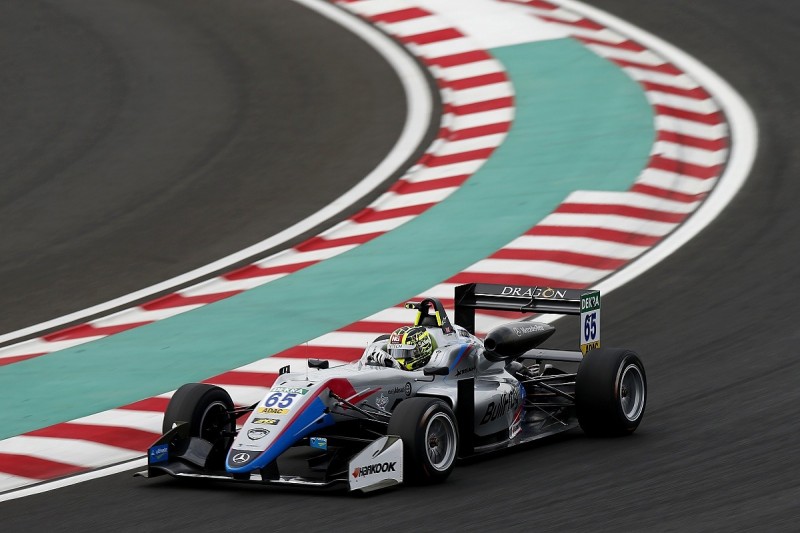 What is fascinating this season is that Ahmed - and Hingeley - have spectacular late-braking driving styles, which normally you wouldn't consider being ideal for the F3 Dallara, but Ahmed is contending at the front and Hingeley is usually in a solid points-scoring position.

For the young Brits, the Hitech techies seem to have found a set-up that provides a very forgiving and versatile car that is good in all conditions - Ahmed, unusually, likes understeer, with the rear end planted.

By contrast, Palou is arguably the most precise driver in the field - he prefers more on the front end, and has a lovely way of rotating the car while hitting every apex inch-perfectly.

Despite these different approaches, Hitech seems to be a much happier camp in 2018 - there is a belief that big things are possible.

As Dan Ticktum acknowledged: "Enaam is doing a great job this season. They've obviously got the set-up spot-on."

And don't forget the next round is at the Norisring where, even though the team struggled in early 2017, Hughes and Ralf Aron claimed the pole positions, Aron setting the fastest lap ever recorded by an F3 car on the Nuremberg street layout.