The Formula Renault Eurocup graduate was found to have driven more than ten car lengths behind the safety car - brought out following a mechanical failure for poleman Jonny Edgar - prior to the Aston Martin turning its lights out for the restart.

Colombo held his lead all the way to the flag, winning on the road by 1.8s over Hitech driver Iwasa, only for the Campos driver's penalty to demote him to seventh.

Iwasa therefore takes his maiden FIA F3 win, becoming the first Japanese driver to take to the top step in the category since AlphaTauri Formula 1 driver Yuki Tsunoda's victory at Monza in 2019.

The 19-year-old had never finished higher than the sixth place he'd scored in the previous race at Silverstone but, after qualifying tenth, started the partially-reversed first race from third and held his position behind Colombo after Edgar's retirement.

Olli Caldwell (Prema) is moved up into second place, with Logan Sargeant (Charouz) taking third and his first podium of the season.

A Campos Racing statement on Twitter said: “Despite the penalty, which from our point of view is hugely disproportionate, we won on track.

“This race is for Adrian [Campos, the late team boss] and no one will take this away from us.

“We showed our potential and we want to congratulate Lorenzo for the drive. We will always keep pushing for you boss.” 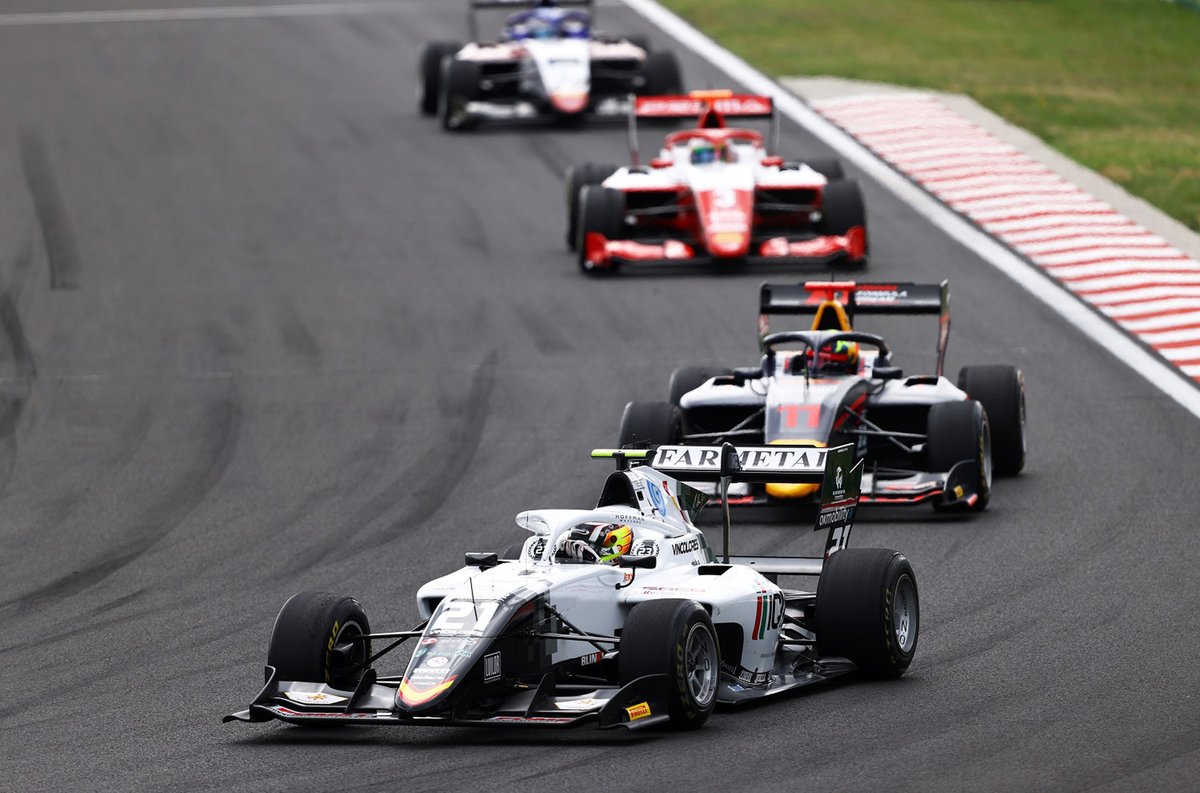 Addressing the safety car restart before his penalty was announced, Colombo said: “I thought when the safety car switched off the lights, that was my time to create some gap from the safety car and let it go in order to... not be too close when I wanted to restart.

“We still need to see what happened there with the team because I got no notification from the team at least.

“But yeah of course I think we can see what happened there but talking about the race, I didn’t damage anyone, I didn’t make any mess.

“I don’t know what to say about this, I need to speak with the stewards and also learning from the future.

“Maybe I could have done in a nicer way yes, of course, and we will see.

“It’s always good to learn and improve, not only in driving, but in the rules, respecting everything to be more clean as a driver and more professional.”

Enzo Fittipaldi will start this afternoon's second race from pole after the Brazilian ended race one in 12th.