The Mediterranean Grand Prix, held on Sicily's Enna circuit, will be revived next year as part of the Formula 3-spec Euroformula Open championship

Created in the 1960s around Lake Pergusa, it rose to prominence as one of Formula 1's non-champiomship races.

It became a staple of the junior single-seater calendar in European Formula 2 and International Formula 3000 (Pierluigi Martini pictured above, on the way to winning in 1988) in the 1980s and '90s.

It is best remembered by some for the 1996 International F3000 race where a plague of frogs descended on the circuit and paddock from the nearby lake.

The circuit had its FIA licence removed in the mid-2000s but had it reinstated in 2011 after renovations took place.

One year later it held a round of the International Superstars Series, while the European Touring Car Championship raced there from 2013-2015. TCR Italy has also competed at the venue in 2015 (pictured below). 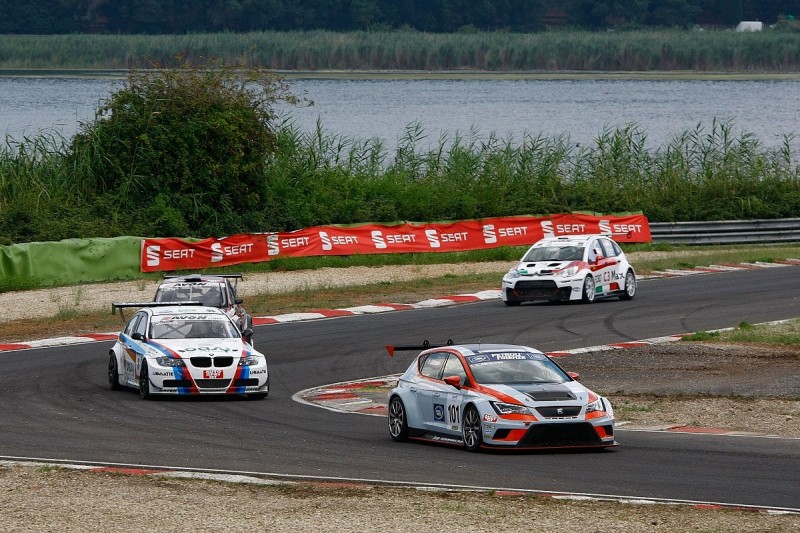 "In its 61 years of existence, Pergusa circuit had a lot of bright days and some darker periods," said Mario Sgro, president of the circuit.

"Today is a great day, as we announce our return to the international motorsport scene."

"Thanks to a private public-private partnership, a lot has been done in recent years to modernize the track and the venue.

"Now we want to revive its long racing tradition and we are grateful to [Euroformula promoter] GT Sport and Jesús Pareja for their trust.

"I can assure you that the next Gran Premio del Mediterraneo will be a stellar event and that Euroformula Open will be welcomed warmly in Sicily."

Euroformula, which is adopting Dallara's new halo-shod '320' car for 2020 after the homologation status of its current F3 chassis expires, also announced the rest of its calendar for next season.

The Pau Grand Prix - which was adopted by the series this year and was won by Billy Monger - returns after being adapted following the demise of the European Formula 3 Championship at the end of 2018.