Macau Grand Prix star and Japanese Formula 3 champion Kenta Yamashita wants to race in Europe next season, if his Toyota patrons allow him

Yamashita, who won this year's Japanese title with Toyota's works team TOM'S, switched to the British T-Sport squad for Macau.

Using the team's ThreeBond/Tomei-powered car, he ran at the front all weekend, briefly holding pole position and finishing the grand prix in fourth place.

Yamashita said that he would like to race in European single-seaters, either in the F3 European Championship, or the GP2 or GP3 Series.

"I want to go to Europe but I have no money [so Toyota would have to pay for it]," Yamashita told Autosport.

"And if I go to Europe and results are not good, Toyota will not send money."

Yamashita is more likely to be promoted up the Japanese motorsport ladder, although his opportunities for 2017 are currently unclear. 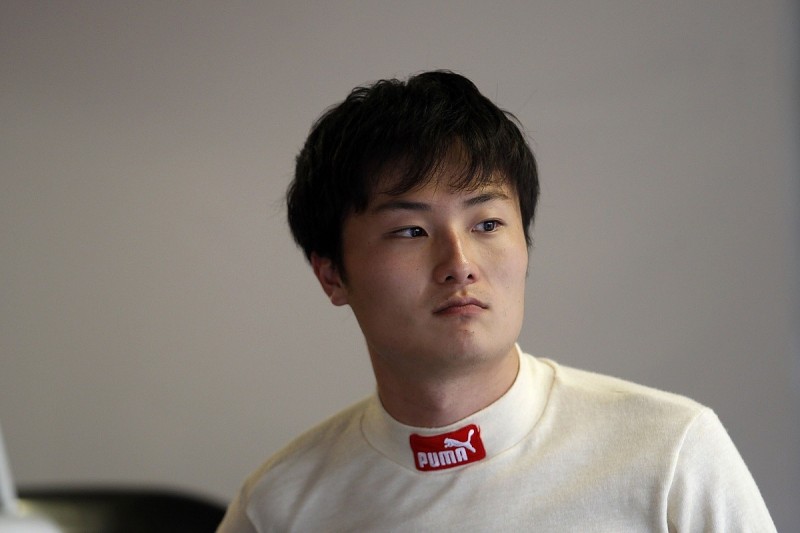 He will get his debut Super Formula test at Suzuka on Thursday with Toyota customer team Kondo Racing, while works squad TOM'S is looking likely to continue with its regular line-up of Andre Lotterer and Kazuki Nakajima next year.

While it is unclear whether there is room for Yamashita in Toyota's Super Formula programme for next season, he is likely to land a drive in Super GT with one of the manufacturer's teams, although this will probably be in the secondary GT300 class.

Nick Cassidy, who won the 2015 Japanese F3 Championship title with TOM'S and has impressed with the squad's GT500 team in his rookie Super GT campaign this season, will also test at Suzuka with Kondo.

His impressive performance with the team in the equivalent test last year landed him his Super GT drive in 2016.