The Macau Grand Prix organiser has revealed more track changes ahead of this year's event, which include additional corners undergoing work to ensure the circuit's homologation status is upgraded

In a press conference held on Thursday, it was confirmed that the sections of the track at Reservoir, Mandarin Oriental Bend, Guia Hill and 'R' Bend will all be worked on to help the track reach the standards required for an upgraded homologation.

Work on the infamous Lisboa Bend had already been confirmed.

The track changes are necessary as the power to weight ratio of the new FIA Formula 3 car (pictured below) that will race in Macau this season for the first time requires a grade two homologation status from the FIA.

In order to achieve this, the circuit will be "increasing the buffer zone at Lisboa Bend, and additional impact protection foam and new safety crash barriers at various points around the circuit", according to a Macau GP statement.

It also explained that "electronic flags will be implemented this year to supplement manual flag signals".

This year the teams from the FIA F3 Championship will take part in the famous Macau race, after the European Formula 3 championship was merged with the GP3 Series to create a new championship for 2019.

While the Macau Grand Prix does not form part of the FIA F3 calendar, it acts as a non-championship event.

The F3 organiser has stated that "The 10 F3 teams will be racing [at Macau] with three cars each as normal, and the event is limited to 30 cars. So no additional cars or teams". 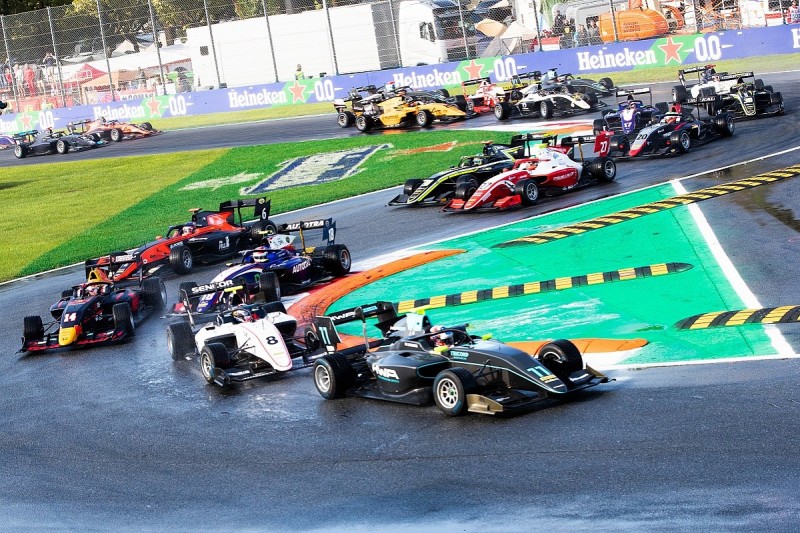 Peroni released from hospital after Monza crash, will miss next F3 round