Jake Hughes returns to GP3 for 2018 with category dominator ART

The 23-year-old competed in the Formula 3 European championship in 2017, finishing fifth in the standings with one win and two poles for Hitech GP.

He raced in GP3 with the DAMS squad the year before where he scored two wins, which turned out to be the French squad's only successes in the category before it pulled out at the end of 2017.

"I'm very proud and excited to be joining a team as successful as ART Grand Prix for a crack at GP3," said Hughes, who tested with ART at Abu Dhabi at the end of last year.

"The team's performances in the series, over the last few years especially, have been extremely impressive.

"So, when the opportunity came about to be able to be jump in one of their cars for 2018 it was impossible to say no. 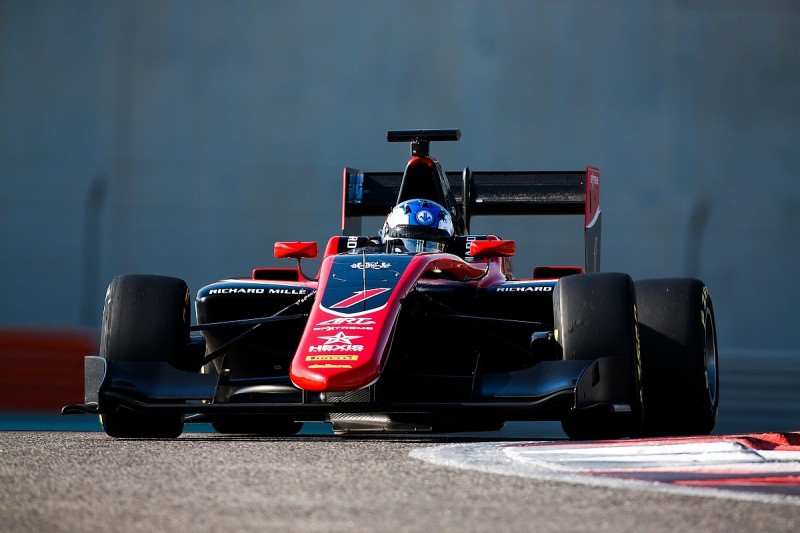 "I tested for three days with everyone in Abu Dhabi and felt immediately confident in and out of the car.

"The aim is clear when racing for a team like ART, so I cannot wait to get down to the workshop and get going."

ART has won seven of the eight GP3 teams' championships that have taken place since the third-tier category was launched in 2010.

In 2017, the French squad's drivers secured a 1-2-3-4 in the points standings, which were headed by Mercedes Formula 1 junior driver George Russell, who was also 2014 BRDC Formula 4 champion, one year after Hughes won that series.

"ART Grand Prix has followed Jake's progress for several years and he has continued to impress us," said team president Sebastien Philippe.

"Last year, he was the spearhead of Hitech in F3, with whom we have been collaborating for several years, and we are happy to give him a second chance in GP3.

"Jake is a great talent that only wants to express himself fully and ART Grand Prix can rely on him to help the team retain its titles."