Johnathan Hoggard will replace Pierre-Louis Chovet at Jenzer Motorsport for the next round of the FIA Formula 3 Championship in France.

The 20-year-old Brit, who won the 2019 Aston Martin Autosport BRDC Young Driver of the Year award, will take over the seat at the Swiss team from the next round at Circuit Paul Ricard, running from 18-20 June.

The team has not detailed what prompted the move, but said it came “following the inability for Pierre-Louis Chovet to participate in the next F3 FIA rounds.”

It arrives after Hoggard did not feature in pre-season testing or in the opening round at Circuit de Barcelona-Catalunya, despite taking part in both of the post-season tests last year in Barcelona and Jerez.

In a statement, the team said: “Following the inability for Pierre-Louis Chovet to participate in the next F3 FIA rounds, Jenzer Motorsport have decided to trust on 20 year old Johnathan Hoggard from Spalding, United Kingdom, to drive their #27 Car in the F3 FIA Championship.

“After strong results in British F3 and winning the Aston Martin Autosport BRDC Young Driver Award, Johnathan did not have the opportunity to move to FIA F3 as planned, a miss which will now be fixed.”

Hoggard finished third in the British Formula 4 Championship in 2018, before going on to take second in BRDC British Formula 3 the following year, winning seven races and taking 12 podiums. 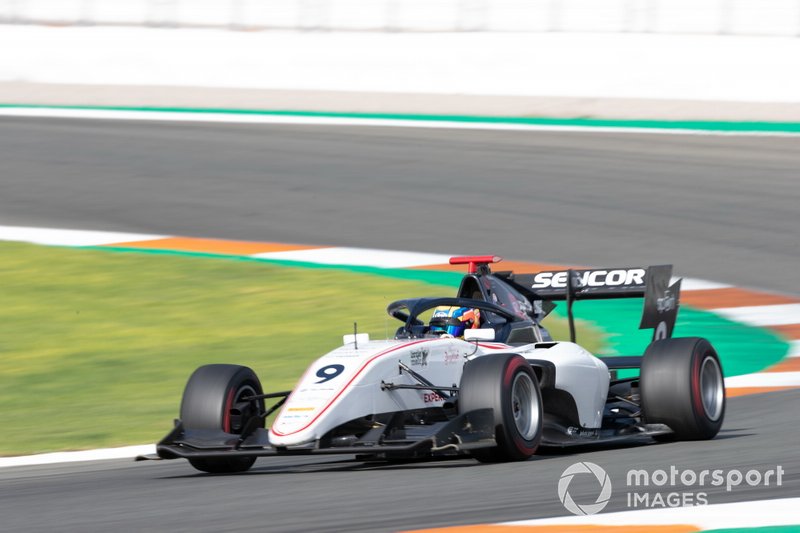 As a result of winning the Autosport award, he had the opportunity to test one of Red Bull Racing's RB8s at Silverstone – the Briton’s first experience of Formula 1 machinery.

He said: “This was unexpected and happened so fast. I have worked for this opportunity for years and I will give my best from Paul Ricard on.”

Team principal Andreas Jenzer added: “Getting a new driver on board after all official tests and the first round over is always challenging but we trust Johnathan to be fully involved and dedicated to catch this opportunity.”

Chovet was yet to score a point for the Swiss team this year. He took part in four races for Hitech Grand Prix in 2020, scoring five points.

Just two days ago, the Frenchman had posted on Instagram that he was “pushing to get back to the top level for my "home GP" next week.”