The Italian dominated from pole position, making a strong start and pulling out a five-second gap by the end of the opening lap.

The Prema Powerteam driver increased his lead to 14.4s, and was still over 10s clear after he spun through 360 degrees exiting Turn 1 midway through the race.

He continued without damage and was still easily able to take his fourth win of the year, which increased his championship lead from 36.5 points to 57.5.

Marciello's team-mate Lucas Auer almost grabbed the lead at the start of the race, but spun to the tail end of the top 10 exiting the first corner.

That handed second to Alex Lynn in the third Prema car, but the Brit also spun on the first lap and was narrowly avoided by both Tom Blomqvist and Felix Serralles at the Mercedes Arena.

Serralles moved into second as a result, the Puerto Rican resisting initial pressure from Blomqvist to take the best result for Fortec in the championship this year. 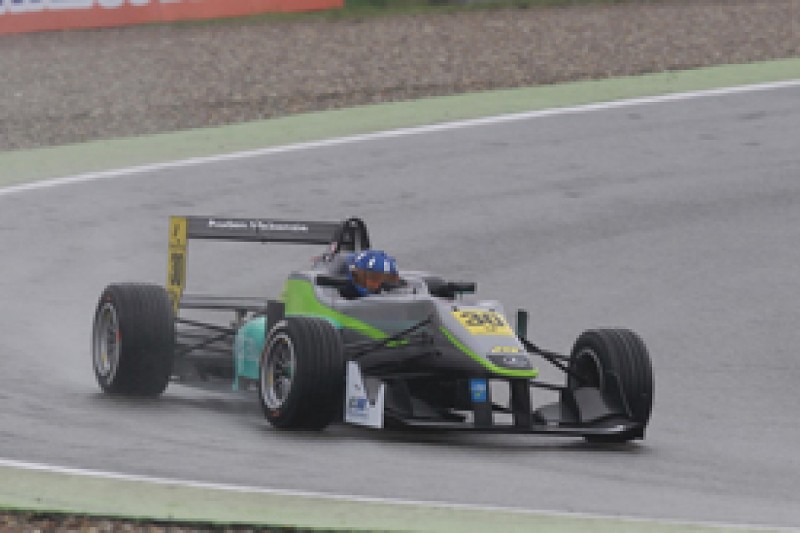 Josh Hill was the best of the rookies in a fine sixth spot - his best result in F3 - for Fortec.

Auer recovered to seventh - avoiding a potential collision with Felix Rosenqvist at the Spitzkehre in the process as the Swede missed his braking point with a handful of laps to go.

Rosenqvist, Will Buller - who had run as high as sixth early on - and F3 debutant Daniil Kvyat completed the top 10.

Lynn, who had fallen to 25th after his first-lap spin, finished 15th while his team-mate Eddie Cheever, who had struggled with a gear-shifting glitch since going to the grid before the start, spun out of the race entering the Stadium section on the second lap.