The rollhoop on the 20-year-old American's Carlin Dallara-Volkswagen snapped loose as he skated upside down, and backwards, across an access road, the grass verge and the inside kerb at Les Combes.

The accident happened as Menezes tried to take fourth place from Brandon Maisano up the Kemmel straight.

Maisano moved across to defend the inside line, only for Menezes to hit his rear wheel, lifting the front of the car. As air got underneath, it caused the car to take off and flip backwards before landing upside down.

"The race was going really well," said Menezes, who had fought through from 12th on the grid.

"Maisano and I were battling from the Bus Stop already, and I prepared him well - I had a massive tow, so I was probably 10-15km/h faster.

"He made it clear he would block, but it was quite late for me to move back to the outside, so I made it clear I was going to the inside. 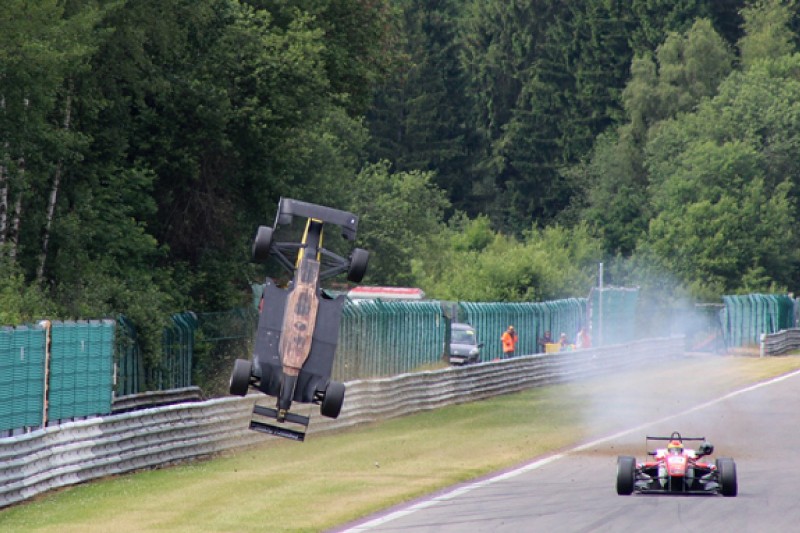 "We are told that if a portion of the car is inside, you have to give racing space, and my front wing was already inside his rear tyre.

"It happened so fast and it took off - I thought it was going to come down, and it didn't.

"Then when I started to see grass I thought, 'OK, I'm landing', and the next thing was I skimmed my head on the ground.

"I was saying on the radio, 'Get me out of here because it's hurting so much with the car sitting on my head.'"

Menezes also played down the marshals dropping the car back on its wheels with the driver still inside.

"A lot of people commented on that, but the guys asked if I was fine, and then the way the suspension was bent the tyres took all the impact - I didn't feel a thing.

"It was a funky one though - I don't want that to happen again!"

Although some ascribed it to a racing incident, as Maisano kept a constant trajectory throughout his manoeuvre, it came amid a clampdown on driving standards and the Frenchman was hit with a grid penalty for race three, which Menezes did not start due to the structural damage to his car.

"It was a bit of a racing incident but the stewards are clear," said Menezes. "You have to leave space and hopefully we'll both learn." 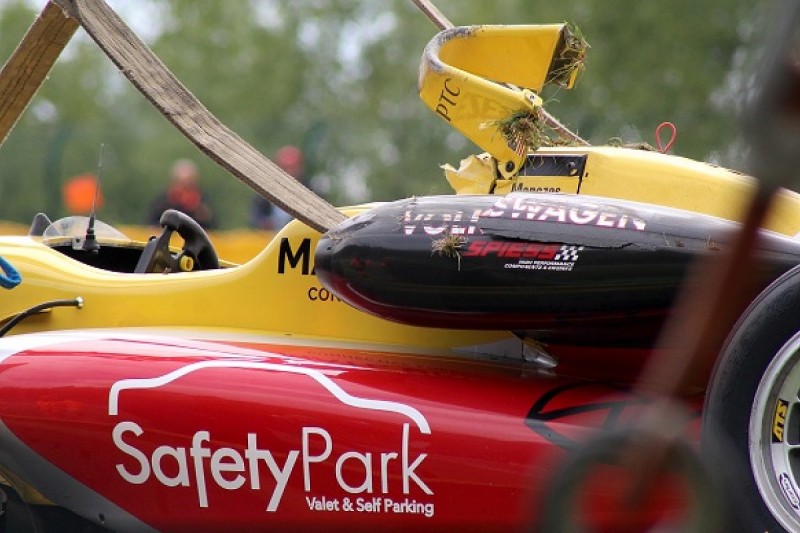