Each of the series' seven teams has the use of one of the new GP3/16 cars at the test, which will conclude on Thursday.

While most teams are running drivers they have already signed for the coming season, ex-Formula 1 driver Giedo van der Garde gave Campos Racing its first miles with the car.

The Dutchman has strong links with the Spanish outfit - having raced for it in GP2 when it was under the Addax banner - and is also close to its new driver Steijn Schothorst, who took over the car for the afternoon. Van der Garde will race in LMP2 with Jota Sport this season.

Series newcomer DAMS was the first to get out onto a wet track in the morning with the new car, with Briton Jake Hughes behind the wheel.

Full times were not released but McLaren junior Nyck de Vries posted the best lap in the morning while Trident's Sandy Stuvik was ahead in the afternoon, when the majority of teams opted to switch to slick tyres as the circuit dried.

A total of 323 laps were completed between the seven teams.

The GP3/16 is the first completely new car introduced since the series began in 2010, with a Dallara-built chassis and new Mecachrome engine.

"By organising a shakedown with only one car per squad, it is the best way to transfer knowledge from the series' development team to the GP3 teams," said technical director Didier Perrin.

"This will save them a lot of time during the early stages of operating the new car.

"We're very happy with how today went. It was a trouble-free day for the most part and we completed even more laps than we expected.

"The only slight issue we had was the weather. Hopefully we will have better track conditions tomorrow and another positive day of running."

After the shakedown, the first official pre-season test will be held at Estoril on March 22-24. 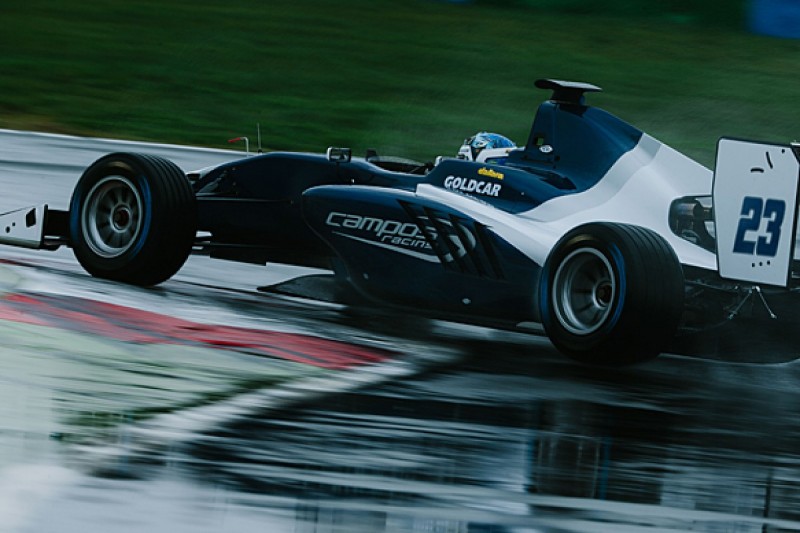