The 2016 Euroformula Open champion had a difficult debut year in GP3 in 2017 with Arden, taking a single podium.

But he immediately became a force to be reckoned with after joining Campos for 2018 and scored two wins, three other podiums and two pole positions on his way to fourth in the championship.

Only a mid-season run of bad luck and reliability issues stopped the Italian, whose team-mates Simo Laaksonen and Diego Menchaca were 14th and 19th in the standings respectively, from finishing higher.

Pulcini tested with Campos and Trident in the post-season Formula 2 tests in Abu Dhabi last year, but ultimately chose to remain at the same level as GP3 - which will be replaced by the new FIA F3 championship.

"Last year I was fighting with ART and Trident. 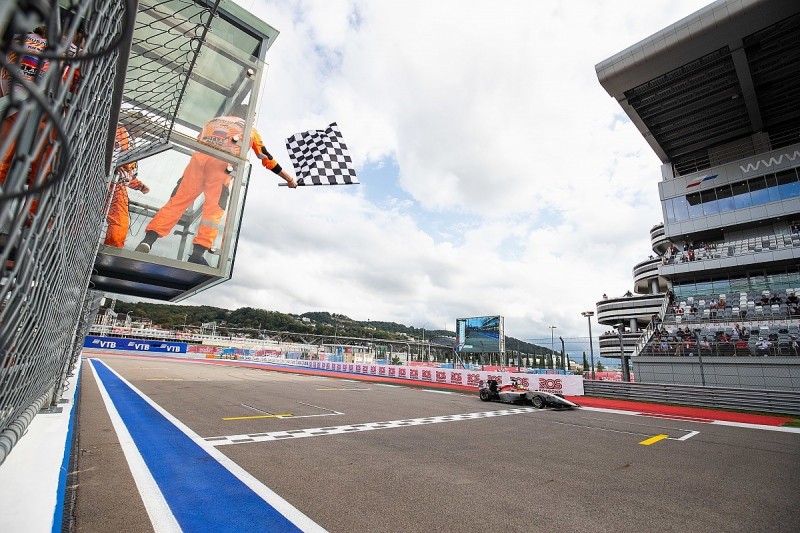 "I think with Hitech and the possibilities they have, we'll be at the top of the championship.

"I know Ollie [Oakes, team principal] and some people working there.

"They are really professional, in how they work and how they approach things, I think it's what I need in the championship.

"My two team-mates are fast guys with a lot of talent. It will be nice to work together and push each other. Juri [Vips] is a fast guy."

Red Bull junior Vips was the first driver announced to have joined the team, while Hitech's third driver is yet to be announced.

With some teams charging more than £1.5million for an F2 seat, Pulcini said he struggled to assemble the budget to compete in the series.

"After the good season I had in GP3, we did testing in Formula 2 with Campos and Trident," he added.

"We were pushing really hard to sign with Campos in F2, but some budget difficulties made it really difficult to sign in F2 for this year.

"We received some amazing offers from teams, including Hitech and we signed a contract with them."

Hitech team principal Ollie Oakes said of Pulcini: "The professionalism and talent he has demonstrated last season in GP3 proves that he is a great fit for our team as we enter the new era of Formula 3 together.

"We look forward to the challenge of fighting for the FIA F3 title with him this year."

The Australian driver finished ninth in the Eurocup standings in 2018, taking one win at Monaco, and will partner Sebastian Fernandez.