Overtaking was difficult on a track which is notoriously difficult to do so, but a technical issue with DRS did not help however, there were still drivers able to move through the field.

At the start, Mazepin took the lead thanks to a woeful start by Hubert, as Leonardo Pulcini also usurped the erstwhile polesitter.

He controlled the race, and despite his tyres looking less than optimal at half-distance, his lead stretched to over 10 seconds by the finish, taking vital points from Hubert in the process.

Callum Ilott jumped team-mate Jake Hughes thanks to a tidy effort around the outside of Turn 1 at the start of the race to hold fourth, as Hughes began to fall away. 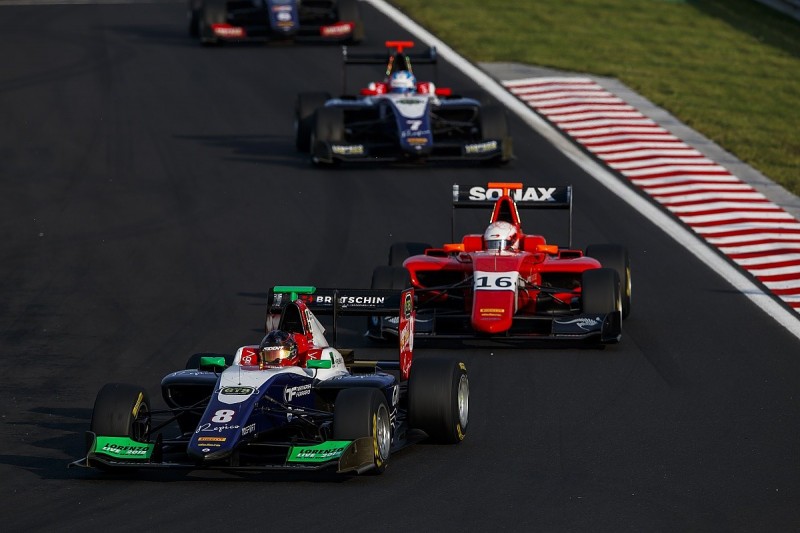 Beckmann then reeled in Ilott, and a mistake from the latter at the last turn gave Beckmann a run into Turn 1. He escaped the reach of Ilott thereafter.

Behind, a decisive move came on lap 14 when Hughes and Joey Mawson came together at Turn 1 for the second lap in a row.

On the second occasion, both suffered damage putting Mawson out and Hughes to the back of the pack. The stewards investigated but took no action.

That allowed Ilott to safety, briefly, before he was reeled in and passed by Trident's Ryan Tveter - who had initially dropped back at the start - taking fifth ahead of Ilott.

Juan Manuel Correa headed the Jenzer Motorsport contingent in seventh, ahead of Dorian Boccallacci and Diego Menchaca, who had started 12th.

Boccolacci and Menchaca battled hard throughout the closing laps, and crossed the line almost together while Boccolacci just shaded it.

Niko Kari failed to finish after he and Pedro Piquet touched, while Giuliano Alesi also retired with a technical issue.