GP2's rebranding last week as the FIA Formula 2 Championship means that GP3 holds an apparently incongruous position on the grand prix support bill beneath Formula 1 and F2 - and in direct competition to the FIA's DTM-supporting F3 series.

GP3's existing contracts are understood to be in place until the end of 2018, leaving the FIA Single Seater Commission time to discuss a way to rationalise the third level of the ladder to F1.

Autosport sources strongly refuted rumours that GP2/GP3 boss Bruno Michel - who will stay on in charge of the F2 championship - allowed GP2's rebranding as a trade-off for the FIA canning the existing F3 European Championship in the future.

Instead, they suggest that one scenario is that the existing F3 category replaces GP3 on the F1 support bill from 2019. 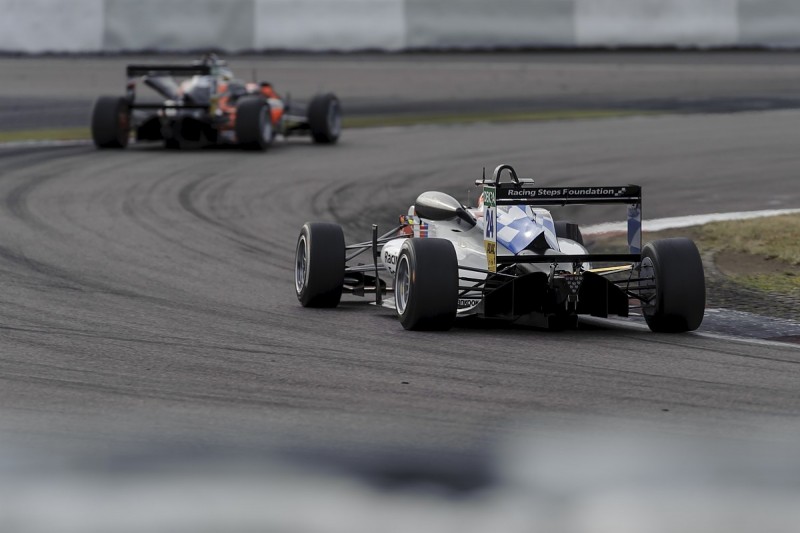 Both F3 and GP3 are struggling to match their grid numbers of previous seasons, and GP3 is facing the possible loss of one of its teams in 2017: a spokesperson for Koiranen GP recently told Autosport that it was too early to confirm whether the squad was continuing or quitting the series.

A merger could pave the way for a second-tier F3 championship run to FIA rules in Europe - many teams currently have equipment but have been unable to attract drivers, who have been deterred by the domination of F3's powerhouse squads.

While Single Seater Commission president Stefano Domenicali could not yet comment on speculation about the futures of F3 and GP3, he told Autosport: "With this step [GP2 becoming F2] the FIA racing ladder is now complete and we will be working with even more energy to strengthen the F3 category, which is the ideal step just before F2."

Domenicali also alluded to bolstering the F3 Lights concept, similar to that used in the BRDC British F3 Championship: "Also, we keep on studying how to implement an intermediate step between Formula 4 and F3 to help young talents to progress in their career at a more international level and still in an affordable category."

Giuliano Alesi stays with Trident for another GP3 season