Renault points leader Fenestraz joined Carlin for a one-off outing at the Nurburgring earlier this month and qualified fourth in the wet for the opening race.

He blotted his copybook when, unsighted in the spray, he hit Nikita Mazepin in the first race, causing Mazepin to crash.

But Fenestraz claimed the final point of the weekend for 10th in race three - ironically when Mazepin was hit with a time penalty for an incident with Defourny.

Defourny lined up with Van Amersfoort Racing and set fastest lap of the race in the opener, before finishing ninth in the finale.

Frenchman Fenestraz, whose first taste of an F3 chassis had been a half-day test before rain set in at Silverstone a week earlier, told Autosport: "F3 is one option - there is GP3 and there is F3.

"F3 is a really good championship - the car is just amazing.

"The whole weekend was a big learning process, sometimes it went bad but I was just learning all the time. 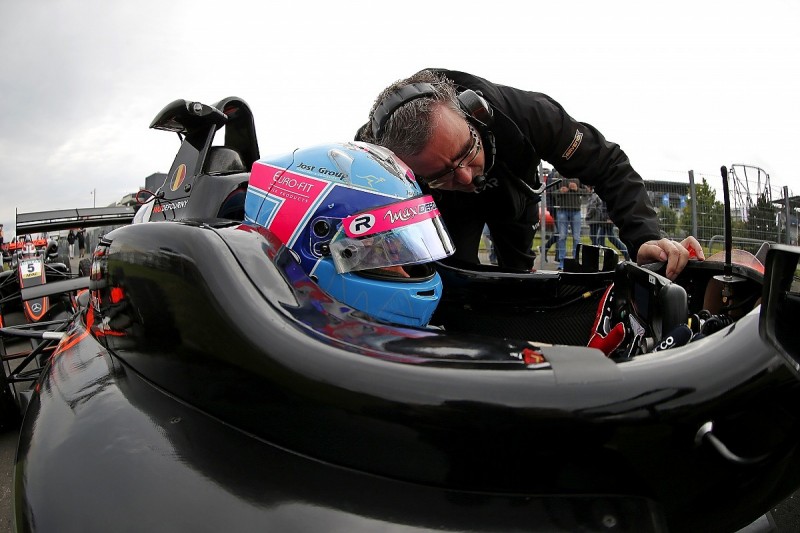 Belgian Defourny, who had tested with VAR during the summer at Brno and Spa, said: "Everything is still open - it just depends on what opportunities there are, and for the moment it looks like both F3 and GP3 will continue strong next year.

"I'm really thankful for the opportunity the team has given me, and I've tried to use it for the best."

Defourny has to miss the next round at the Red Bull Ring because it clashes with the Eurocup event at Spa, where he is bidding to improve on his fourth place in the points, but said he hopes to be out again with VAR for the F3 finale at Hockenheim.

"We'll see for Hockenheim," said Defourny. "It doesn't depend on me - I'd do it if I could.

Fenestraz raced at the Nurburgring with the #37 used by his brother-in-law Jose Maria Lopez when he won three World Touring Car Championship titles and raced in Formula E.

Fenestraz's favoured number is 11, but that is already taken in F3 by Honda junior Tadasuke Makino.