Formula 3 European Championship runner-up Joel Eriksson is set for a move to the DTM with BMW in 2018, according to sources

The 19-year-old Swede moved onto BMW's junior programme during the summer of 2016, in which he won the Euro F3 rookie title, and is reportedly very highly rated there.

Since then, Eriksson has regularly given 'taxi' rides for BMW at DTM race weekends, and is said to have been extremely impressive in his recent test in the M4 DTM at the Lausitzring.

In parallel with his BMW connections, Eriksson has been striving for a move into Formula 2 for next season, but is short on budget to progress in single-seaters.

Talking about his chances in the DTM with BMW, Eriksson told Autosport: "I really hope we can work something out together.

"I really want to work with them - they are such good guys so it would be really nice to work something out."

It is unclear which of BMW's current roster of six drivers in the DTM would make way for Eriksson. 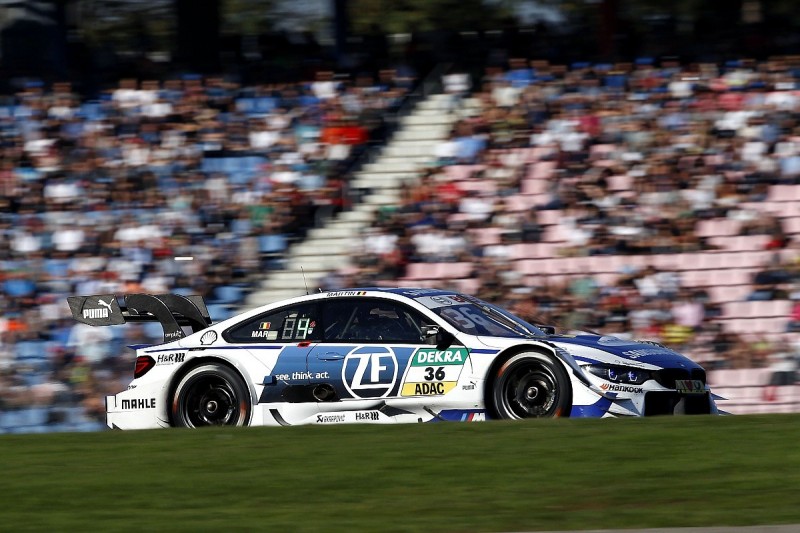 Some sources have tipped Tom Blomqvist for a shift into the manufacturer's GTE programme with the new M8 GTE - this could be in either the World Endurance Championship or the IMSA SportsCar Championship - while others have suggested Maxime Martin could be on his way out of the DTM.

BMW sports boss Jens Marquardt told Autosport that he would not be drawn on any aspect of his line-up for 2018, and that it will be announced at the manufacturer's Motorsport Season Review in Munich on December 15.

Eriksson's 2017 F3 title rivals will participate in this week's F2 and GP3 tests in Abu Dhabi.

F3 champion Lando Norris has already secured a 2018 F2 seat with the returning Carlin team, but will stay on with Campos for the test after making his series debut with the squad in last weekend's season finale.