Formula 3 European Championship leader Maximilian Gunther has been handed a six-place grid penalty for the Pau Grand Prix, which he was going to start from the back anyway

The German was adjudged to be at fault for a collision with Nikita Mazepin in race two as they were battling for 11th place.

Prema Powerteam driver Gunther had made his way up from 19th on the grid, after crashing early in qualifying.

But his second-best time was good for only 21st and last on the race three grid, meaning his penalty effectively makes no difference.

Gunther moved up to 11th after the collision as Mazepin dropped down the order, but he had damaged his front wing and lost a lap in the pits having it replaced.

He has also been given one penalty point on his driver record.

Meanwhile, Pau GP poleman Alessio Lorandi has escaped with a reprimand after he was reported to the stewards for blocking.

The incident in question happened while he was fighting to control his car on the way back to the pits in race two after puncturing a tyre due to clipping a barrier while he was running third.

Any grid penalty for the Italian would have moved Sergio Sette Camara onto pole for the championship's most prestigious race.

Lorandi is aiming to become the fourth Italian to win the Pau GP in five years.

The 17-year-old earned his maiden pole position in car racing by setting the top second-best time in second qualifying in wet weather.

It provided a huge boost for the Carlin team, which had its shock entry for Nelson Piquet Jr rejected on Thursday.

Lorandi would follow in the footsteps of Raffaele Marciello (2012), Luca Ghiotto (2013, when it was a Formula Renault race) and Antonio Giovinazzi (2015) if he converts his pole position into Pau GP victory.

"I am crossing my fingers," he said.

"I'm going to focus on making a very good start and take it from there. We're going to give it everything."

Lorandi's best result to date in F3 - which he entered last year straight from karts, where he was highly rated by Max Verstappen - is sixth.

He has managed that three times this season and once in 2015, at Pau, while he also finished seventh in the Macau Grand Prix and is regarded as particularly strong on street circuits. 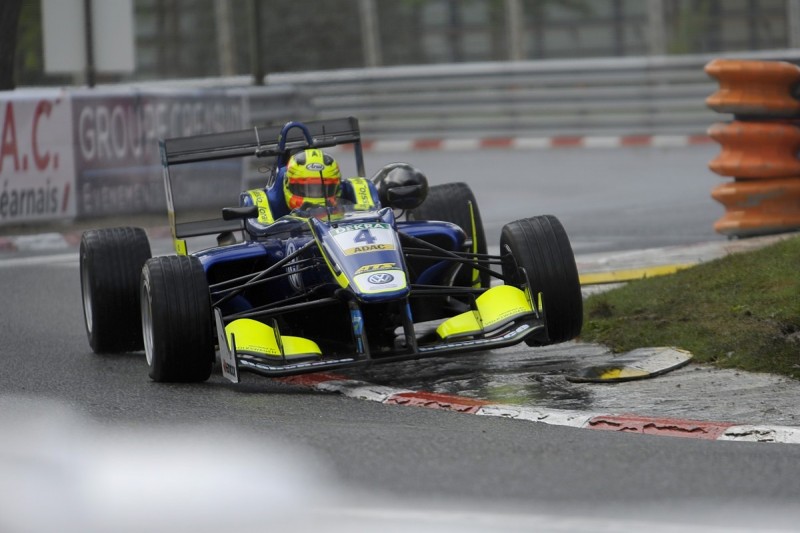