Leclerc had been a distant second to Nyck de Vries in Formula Renault ALPS in his first season of car racing in 2014, then was a race winner as a rookie in European Formula 3 last year.

"I had a lot of pressure on my shoulders because of the surroundings," said Leclerc.

"It was my first year in FDA and I wanted to deliver because people expect the best from Ferrari and I need to be at the top.

"I had three other team-mates who are really, really fast.

"It's been a hard year and I did feel the pressure so I'm very pleased to have won the series in these conditions.

"Now I know I can handle the pressure. I didn't know that before coming to GP3 because I had never had pressure before. It has been an amazing season." 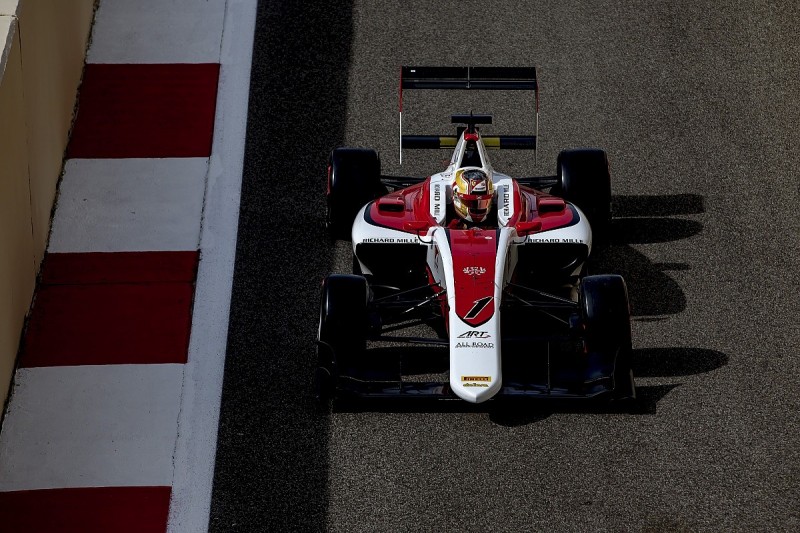 Leclerc opened the year with Saturday race victories at the first two rounds, but lost momentum mid-season and was briefly headed in the championship by Albon, with Trident driver Antonio Fuoco closing in too.

He also combined GP3 with driving in Friday Formula 1 practice for Haas at three grands prix - before deciding not to take up that opportunity at the last two GP3 meetings.

"The middle part of the season was quite hard, having to jump from F1 to GP3," Leclerc admitted.

"I had to work on my mental side because after three difficult race weekends.

"Although we were still in the top five all through these hard rounds, we were not fighting for the win which is what I wanted.

"It was hard to get back on top of things, but we did it and that's why I am very happy with the way this season unfolded."

Next season Leclerc will step up to GP2 with champion team Prema, paired with fellow Ferrari junior Fuoco.