Alesi, the son of one-time F1 race winner Jean Alesi, won three races during the 2017 campaign and finished fifth in the points.

He joined the Ferrari Driver Academy in 2016, the same year in which he made his GP3 debut.

"I am extremely happy to remain on board with Trident for the 2018 GP3 Series," Alesi said as the news was announced.

"I worked so hard with the team and the Ferrari Driver Academy in the last few seasons.

"My goal is now to reward them with some absolutely excellent results. I feel ready for a high-profile season." 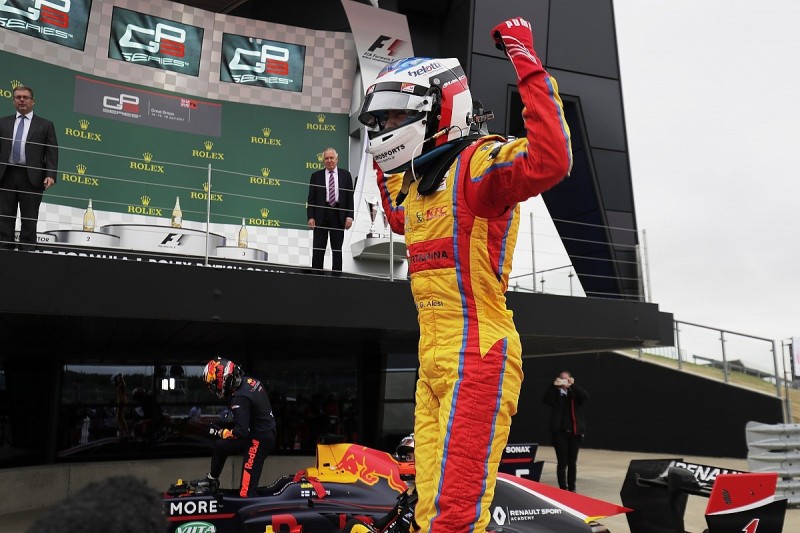 Alesi picked up wins at Silverstone (above), the Hungaroring and at Spa last season, with all three triumphs coming in reverse-grid events.

His haul of 99 points meant he finished the year as the top non-ART Grand Prix driver, as the French squad swept the top four places in the drivers' championship - which was won by Mercedes junior George Russell.

Alesi ended up six points clear of his 2017 Trident team-mate Dorian Boccolacci, who will race for GP3 new-comer MP Motorsport this year.

"He has exquisite manners and he is an extremely professional driver with a brilliant future ahead.

"Our priority will be to support him with the utmost commitment and enable him to aim for the most ambitious goals."

Alesi's third season in GP3 will be his fourth year competing in cars after he finished fourth in French Formula 4 in 2015.

The 18-year-old is the first of Trident's four-driver line-up for the 2018 season to be revealed.

Leonardo Pulcini moves from Arden to Campos for 2018 GP3 season